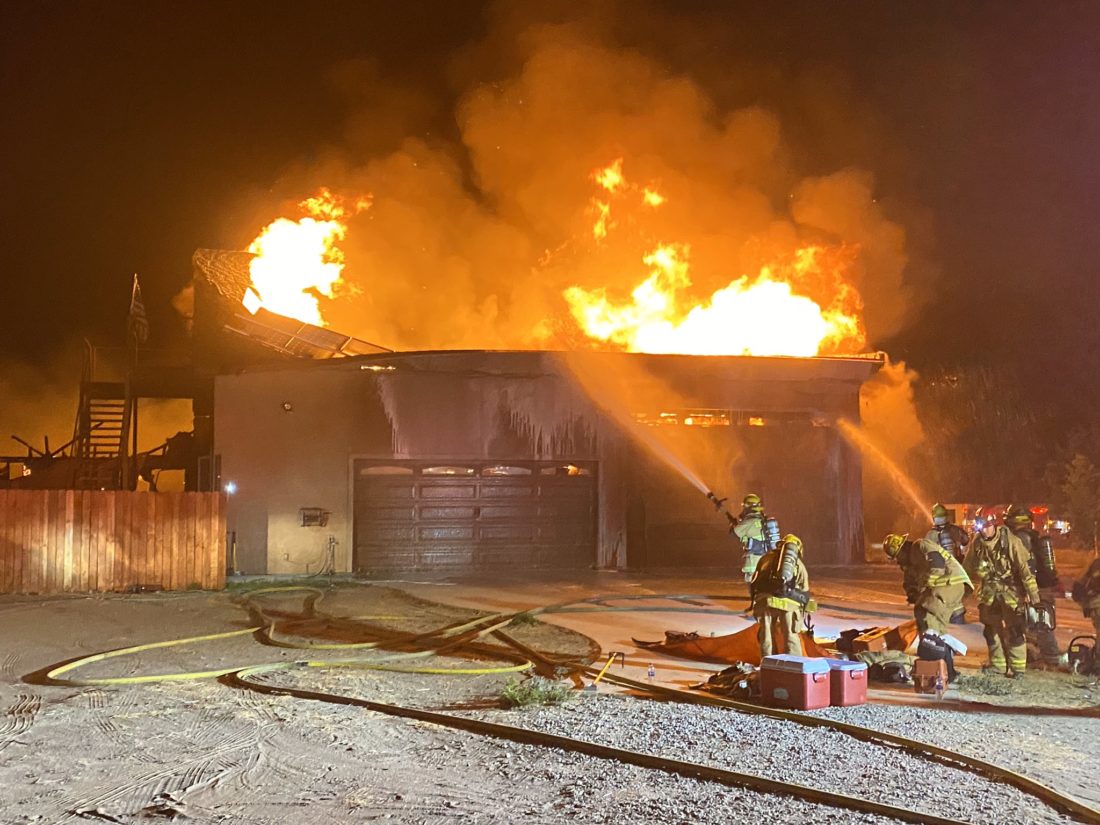 Just before 10:00 PM on July 12, 2020, San Bernardino County Firefighters responded to a residential structure fire in the 14400 block of Azalea Road.

When crews arrived they located a large home with heavy smoke and fire showing, prompting a *defensive posture from firefighters.

According to a tweet from County Fire, the Battalion Chief on scene reported 4 firefighters were hurt with minor to moderate injuries prompting a response for additional companies and ambulances.

The raging fire extended into a large detached garage, posing the threat of a roof collapse. The structure was suspected to be a possible marijuana grow house, according to County Fire.

The San Bernardino County Sheriff’s and County Fire Investigators remain on scene investigating the cause and origin of the fire.

7 engines, 1 truck, 2 water tenders, 2 Batallion Chiefs, and 2 ambulances responded to the incident. Crews will remain on scene working on hot spots and overhaul.

(A defensive posture occurs when fire conditions prevent an interior attack such as when the structure is unsafe for firefighters to enter.)