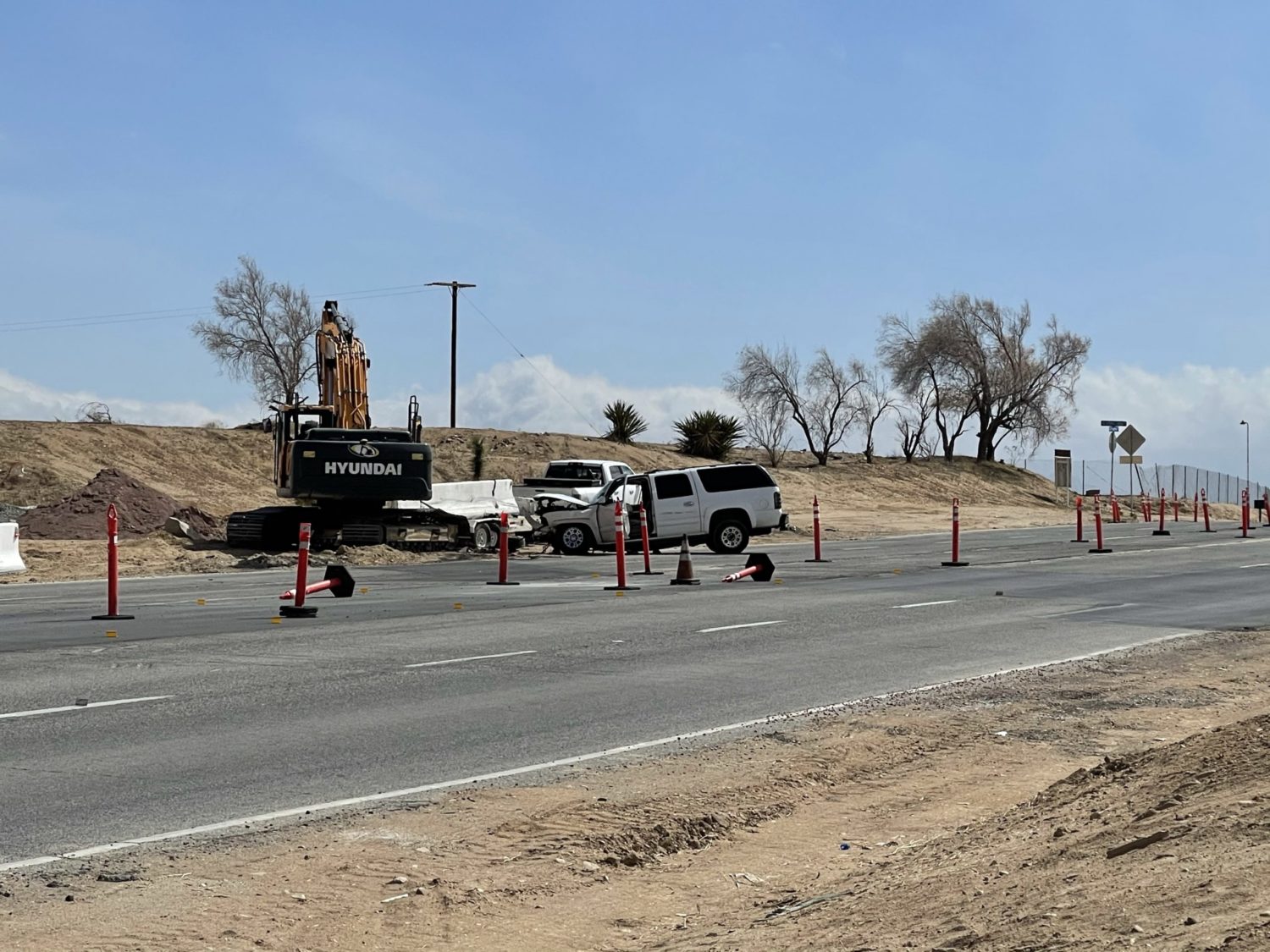 VICTORVILLE, Calif. (VVNG.com) — A construction worker was killed and three others were injured after an SUV crashed into them Thursday in Victorville.

Sheriff’s spokeswoman Mara Rodriguez with the Victorville station told VVNG the four construction workers were working when they were struck.

Rodriguez confirmed one of the victims was pronounced deceased at the scene and the other three victims were transported to hospitals for treatment and said she had no additional information on the seriousness of their injuries at this time.

The male driver of a white Chevy Suburban involved in the incident remained at the scene and was cooperating with authorities.

The accident has prompted a hard road closure on Hesperia Rd between Green Tree Blvd and Ottawa Street. Motorists are advised to use alternate routes during the investigation which is expected to take several hours.