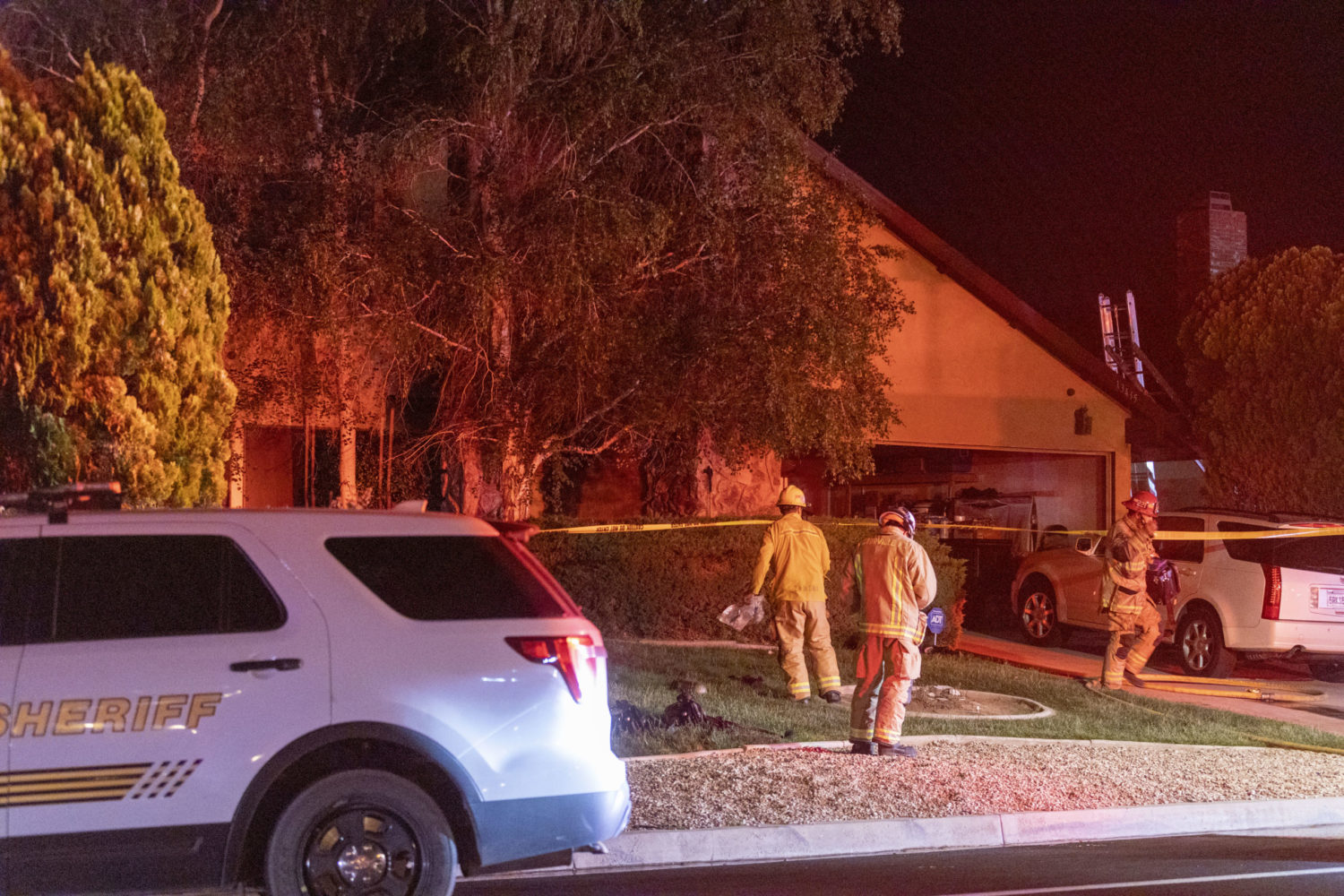 At about 11:16 pm, on Friday, May 7th San Bernardino County Fire, Victorville City Fire, and Apple Valley Fire responded to a residential structure fire in the 13400 block of Hidden Valley Road and located smoke showing from the two-story home.

The home was reported to be occupied by two grandparents that were watching their four grandchildren. Officials said the two adults were able to safely exit the home.

According to witnesses, four of the children were trapped upstairs and firefighters entered the smoke-filled residence to rescue the children. A young boys face was covered in ash as he was transported by ambulance to a local hospital.

An airship landed at Desert Valley Hospital for a pediatric patient and another airship at St. Mary’s. In total, six people were transported to hospitals, including the four children.

The cause of the fire remains under investigation. No additional information is available for release at this time.

Anyone with information regarding this investigation is asked to contact the Victor Valley Sheriff’s Station at (760) 552-6800.  Callers wishing to remain anonymous are urged to contact We-Tip at 1-800-78-CRIME (27463) or www.wetip.com

2 ejected during rollover crash on Highway 395 in Victorville