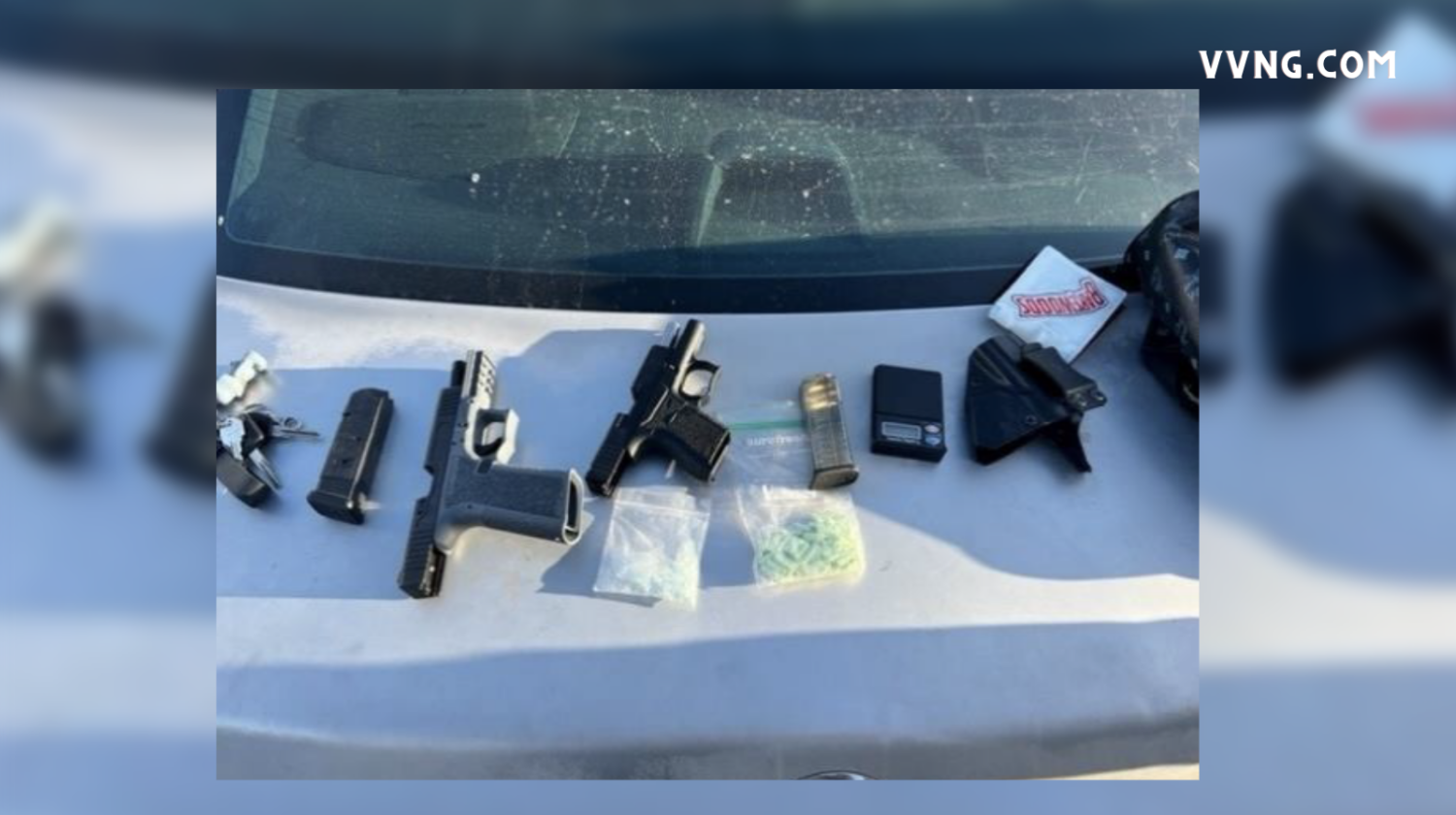 VICTORVILLE, Calif. (VVNG.com) — Deputies in Victorville seized guns, narcotics, and arrested four suspects, after responding to a cal of a man displaying a gun in a car.

On Saturday, April 16, 2022, at approximately 5:57 p.m., deputies responded to the parking lot of a restaurant in the 14800 block of Bear Valley Road, regarding a subject inside a vehicle displaying firearms, officials said.

Two additional passengers identified as Armando McElroy, 20, and Terry Lopez, 20, were inside the vehicle. All four men are residents of Hesperia and were placed under arrest.

According to a sheriff’s news release, “during a search of the vehicle, several individually packaged pills were found along with a digital scale.”