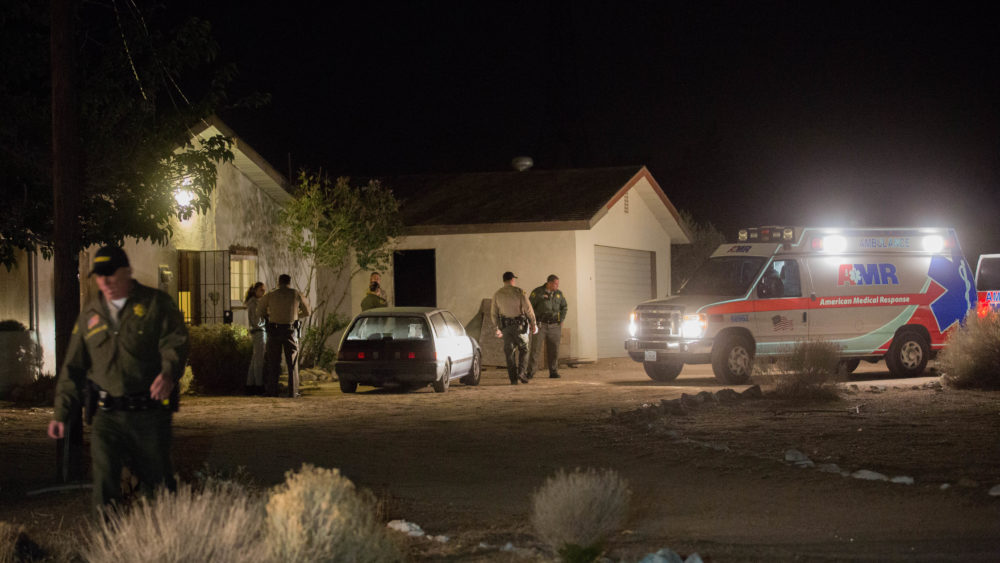 It happened on May 1, 2018, when sheriff’s dispatch received a call of a man who had been shot at a residence in the 13600 block of Michael Street.

“The victim heard a knock at the front door and was shot after opening the door. According to the victim and a witness at the house, the shooter was a Hispanic male accompanied by at least one other Hispanic male,” sheriff’s officials said in a news release.

All involved suspects fled the location before deputies arrived.

The victim was helped onto a gurney by paramedics and transported via AMR to a landing zone and subsequently airlifted to an out of area trauma center.

Through investigation, the Victorville Police Department’s, Gang Enforcement Team learned the victim was shot by Immanuel Salazar, 24, of Apple Valley over the sale of illegal narcotics.

Officials also learned Alexis Salgado, 18, and Gilbert Santana, 22, both Victorville residents accompanied the suspect at the time of the shooting.

“Salazar had been ordered to carry out the crime by Jose Martinez, who was incarcerated at the time for another crime. All four suspects are documented members of a local gang,” sheriff’s officials said.

On May 2, 2018, deputies with the Gang Enforcement Team arrested Salazar, Salgado, and Santana at the Victorville Courthouse, where they were attending a hearing for Martinez. Salazar was booked for attempted murder. Martinez, Salgado, and Santana were booked for conspiracy to commit a crime. All four suspects are being held at High Desert Detention Center.