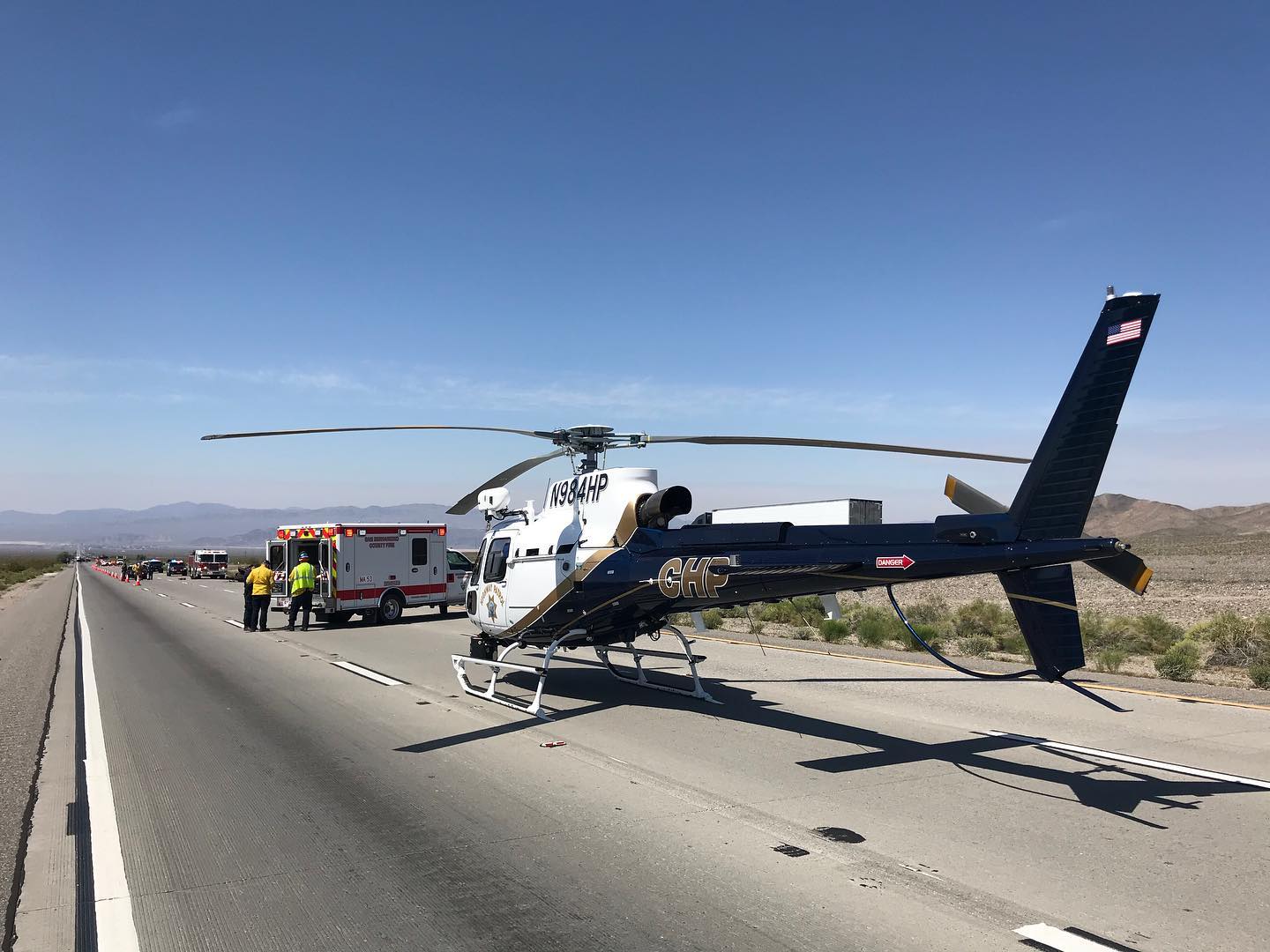 The traffic accident was reported at 9:22 am, on April 20, 2020, along the northbound I-15, between Baker Blvd and Halloran Summit Road.

Firefighters arrived on scene and reported a single-vehicle rollover with people ejected and in the roadway.

Emergency personnel reported they had four people with life-threatening injuries and confirmed the need for all four helicopters to respond and land north of the scene.

According to the California Highway Patrol incident logs, the involved vehicle was possibly traveling on the southbound with people ejected onto the NB and SB sides of the freeway.

The incident has prompted CHP to shut down the I-15 freeway in both directions as the helicopters land.