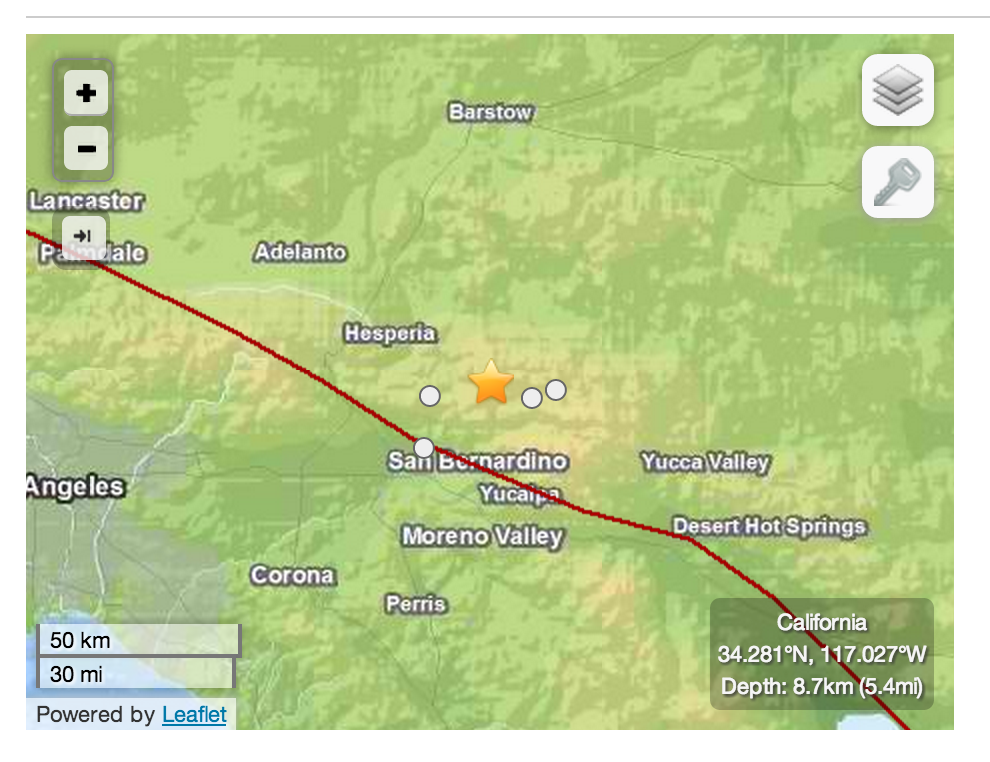 (VVNG.com)- Many Southern California residents woke up to shaking just before 10 a.m. on Saturday morning. Initial reports described the quake as a preliminary 4.8 magnitude quake that struck near Running springs. The USGS later changed the quake to a 4.6 magnitude centered closer to Big Bear City.

Instantly Victor Valley News members began posting they felt the quake in areas like Hesperia, Apple Valley, Victorville, Adelanto, Phelan and Lucerne. Many people saying at first they heard a loud “boom” followed by a big jolt and a continued rolling sensation within seconds.

CalTrans has closed a portion of Highway 18 in ‪Big Bear‬ heading south bound from the dam approximately 1 mile of  SR-38 due to rock slides caused by the quake. A detour is available. ‬

Aftershocks are expected to continue throughout the day. The last significant quake in California that caused extensive damage was recorded on January 17, 1994 when a magnitude 6.7 quake struck one mile southwest of Northridge.

For the latest news in real-time join our FB group with over 43,000 members www.facebook.com/groups/victorvalleynews