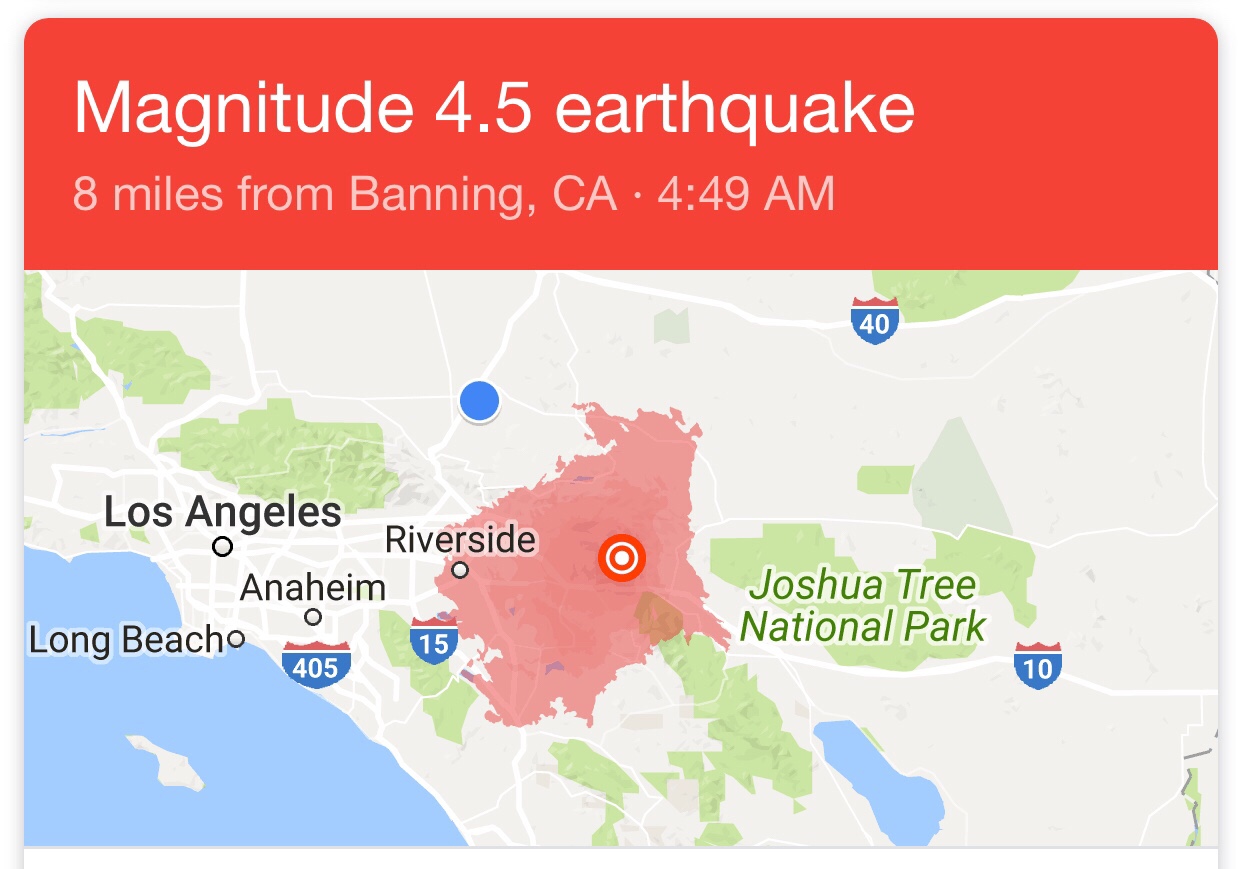 VICTORVILLE, Calif. (VVNG.com) — Many Victor Valley residents were rocked out of bed Tuesday morning by a 4.5 earthquake.

According to the USGS, the quake struck at 4:49 am, about six miles south east of Mt. San Gorgonio with a depth of 8 miles.

The quakes epicenter was 20 miles northwest of Palm Springs and 8 miles north of Cabazon.

The quake was initially reported as a preliminary 4.6 but was later changed by the USGS to a 4.5 earthquake.

A 3.2 aftershock was Reported at 4:51 am, approximately 2 minutes after the initial quake. According to the USGS there have over 20 small after shocks.

No injuries or damages have been reported.