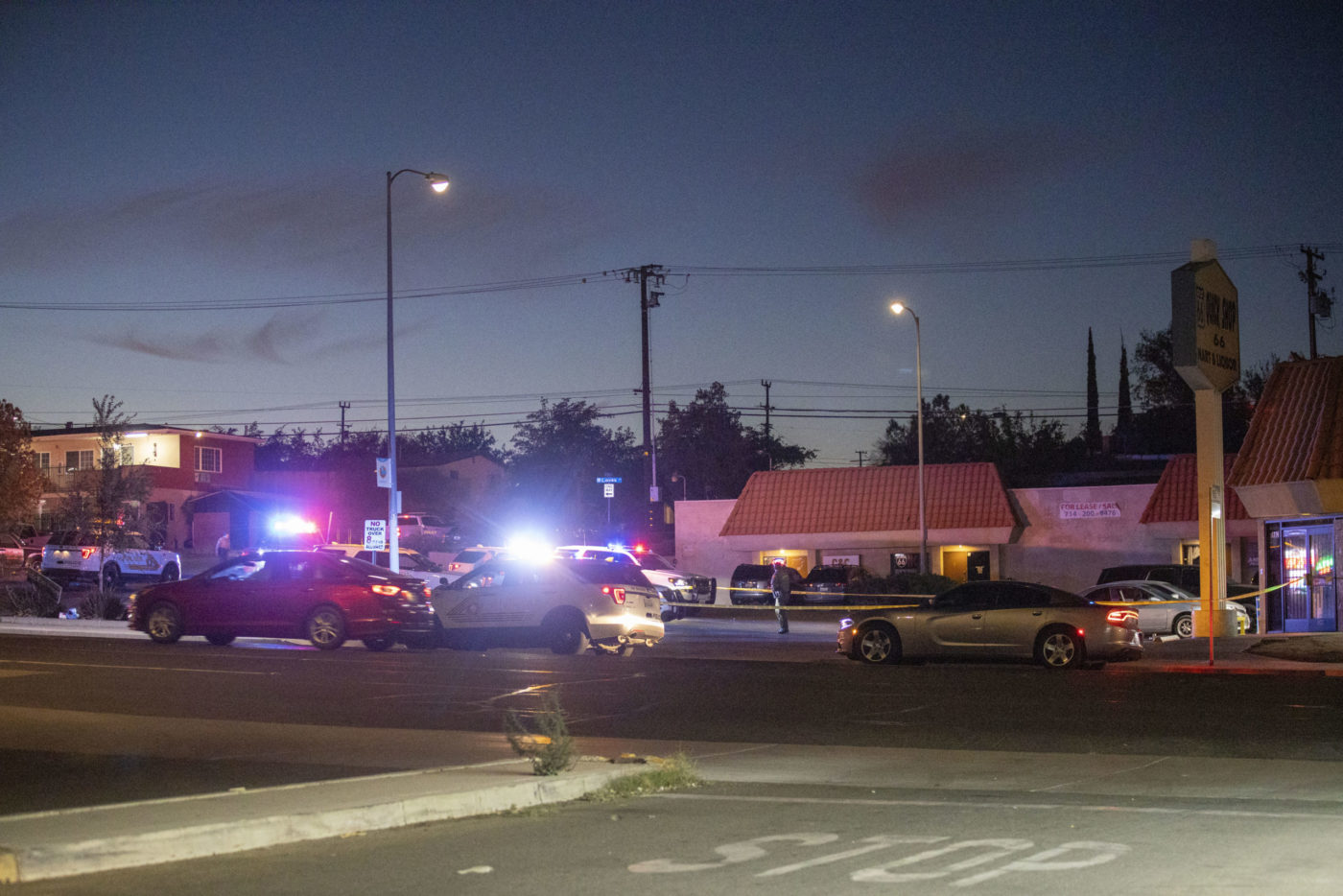 On November 10th officers responded to a shooting again outside the Quick Stop 66.

VICTORVILLE, Calif. (VVNG.com) — For the third time within a two-week period, police have responded to shots fired in the area of Seventh Street and Tatum Road in Victorville.

The most recent shooting happened at about 5:10 PM on November 10, 2020, outside of the Quick Shop 66 Mart & Liquor. Witnesses reported hearing between 15-20 rounds of gunfire before vehicles and people dispersed from the parking lot.

“It was determined a verbal argument had taken place between at least two males. One of the males fired a gun into the air and fled,” stated sheriff’s spokeswoman Mara Rodriguez.

No injuries were sustained in this shooting, and the investigation to identify the involved parties is ongoing.

VVNG reported on the first shooting which occurred at about 8:30 PM on October 29th. Just after the shooting, Deputies were observed searching an abandoned Chevy Tahoe in the parking lot of the Quick Shop.

Officials said officers located evidence of multiple shots fired and there were numerous people at the location but they quickly dispersed when deputies arrived.

Rodriguez later confirmed that a 39-year-old male was shot in the leg during the October 29th shooting. According to Rodriguez, the victim and others at the location were unable to provide any leads on a suspect.

“[The victim] was transported to a local hospital and subsequently flown to a nearby trauma center for treatment. His injuries were believed to be non-life-threatening,” stated Rodriguez.

On November 5th, at 9:57 AM., deputies responded again to multiple shots fired near the intersection of 7th and Tatum. Officers arrived and discovered the parties involved had fled the location, and 15 minutes later, deputies received a call referencing shots fired near an apartment complex in the 14200 block of Rodeo Drive.

Deputies searched the area and located an abandoned van in the parking lot of the Rodeo Village Apartments that was suspected of being connected to the shooting.

“The driver of the van had apparently parked the van and left on foot,” stated Rodriguez.

After an extensive search of both areas and checking with local hospitals, deputies have been unable to locate a suspect(s) or victim(s) and the investigation is ongoing, officials said.

Residents who live near Tatum Road and 7th Street voiced their concern about the recent spike in shootings in the area.

“Everyone is turning a blind eye to what is happening at this intersection, and this part of town is changing for the worst because nothing is being done, but something needs to be done about the crime before someone is killed,” stated one resident who asked not to be identified.

“The immediate area is the site of a popular liquor store, motel, massage business, etc. and is well-traveled,” stated Rodriguez. “Per the case agent, no evidence has been obtained linking these incidents to one another.”

The investigations are on-going and anyone with information is asked to call the Victorville Police Department at 760-241-2911.