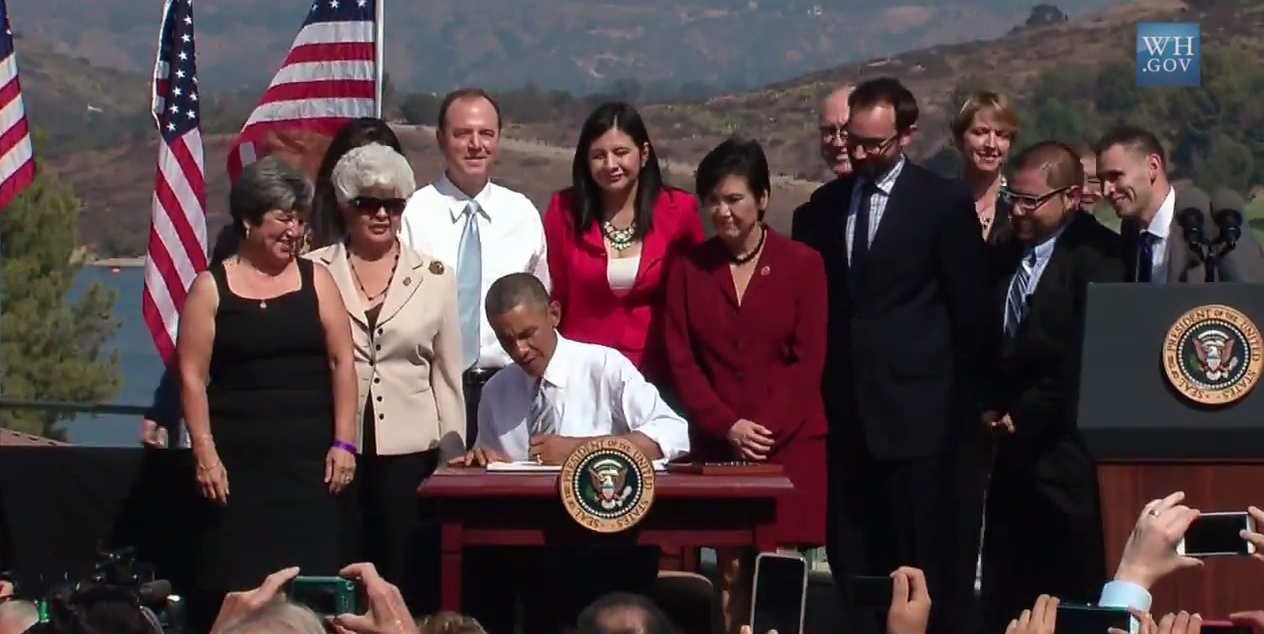 SAN DIMAS – (VVNG.com) – On Friday, October 10th at approximately 12:30 p.m., President Obama declared 350,000 acres of land in the San Gabriel Mountains a national monument. During the conclusion of his visit to Southern California the president went to a signing ceremony at Frank G. Bonelli Regional Park in the city of San Dimas.

The vast area of land spans from Santa Clarita to San Bernardino. The reason for the declaration was according to Obama, the area being an important part of the nation’s history.

The use of Obama’s executive power for this designation of this area did not come without controversy. Many residents living within the San Gabriel mountains fear what this may mean for access by emergency personnel in the case of emergencies as well as accessibility and property rights. Others felt they were denied their right, as property owners in the area to voice their concerns on the matter due to the use of Obama’s executive power.

The area is a history rich area, is also home to several threatened and endangered species such as the California condor, mountain yellow-legged frog, arroyo chub fish and Nelson’s bighorn sheep. Environmentalist are happy with the plan, hoping the animals will be protected through this new designation.

Youth Detention Camp Therapist Charged for Sex with a Minor