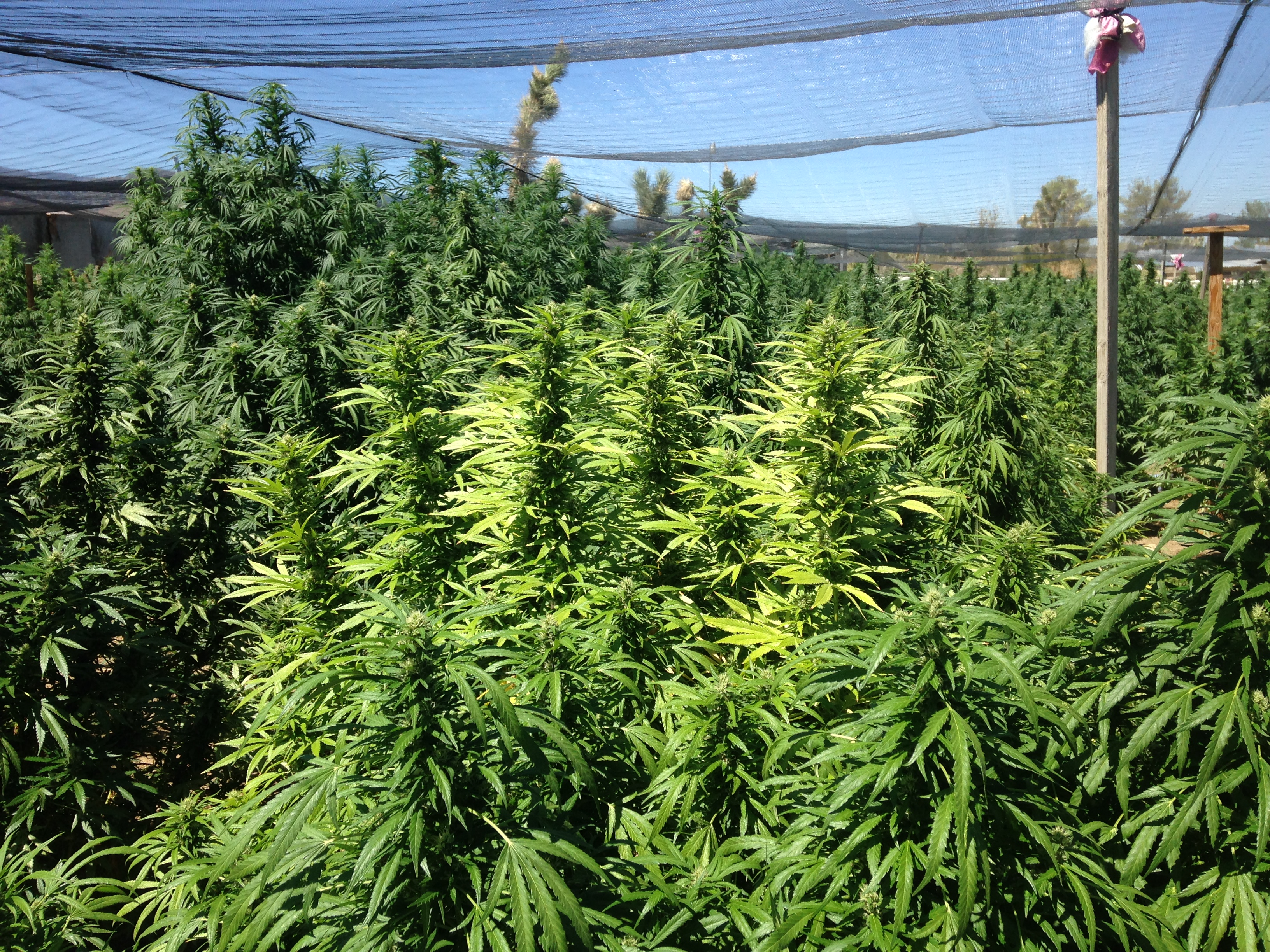 (VVNG.com)- Over three thousand marijuana plants were seized and eleven suspects arrested over a two-week period beginning on Monday, August 4th through Wednesday, August 13, 2014.  Members of the San Bernardino County Sheriff’s Department Marijuana Enforcement Team conducted investigations resulting in the service of 14 search warrants at residential properties throughout the communities of Phelan and Pinion Hills. Each location was found to have large-scale outdoor marijuana cultivations. The plants were found growing in unsecured fenced in areas, commonly referred to as “Plywood Grows.” The investigations revealed all 14 marijuana cultivation operations were illegal and not in compliance with California medical marijuana laws.

The investigations have resulted in total seizures of 3,389 marijuana plants, 217 pounds of processed marijuana, 9 firearms (1 stolen), the recovery of stolen vehicle parts, the discovery of a fighting cock breeding farm, and the arrest of 11 suspects identified as:

Additional suspects have been identified and have prosecution pending. The amount of marijuana seized at the individual locations suggests the suspects had no intention of abiding by the states medical marijuana laws.

The County of San Bernardino has an ordinance prohibiting outdoor marijuana cultivations that are not contained within a secured structure. San Bernardino County Code Enforcement personnel assisted with the cultivation investigations for administrative enforcement of County Code violations. The California Highway Patrol’s Air Operations Unit also provided helicopter support, aiding in suspect apprehension. The Sheriff’s Narcotics Division will continue to enforce California marijuana laws as well as the San Bernardino County Ordinances regarding marijuana cultivation and distribution. Persons found to be violating state marijuana laws and county ordinances or utilizing California medical marijuana protections under false pretenses are subject to fines, prosecution and seizure of property.