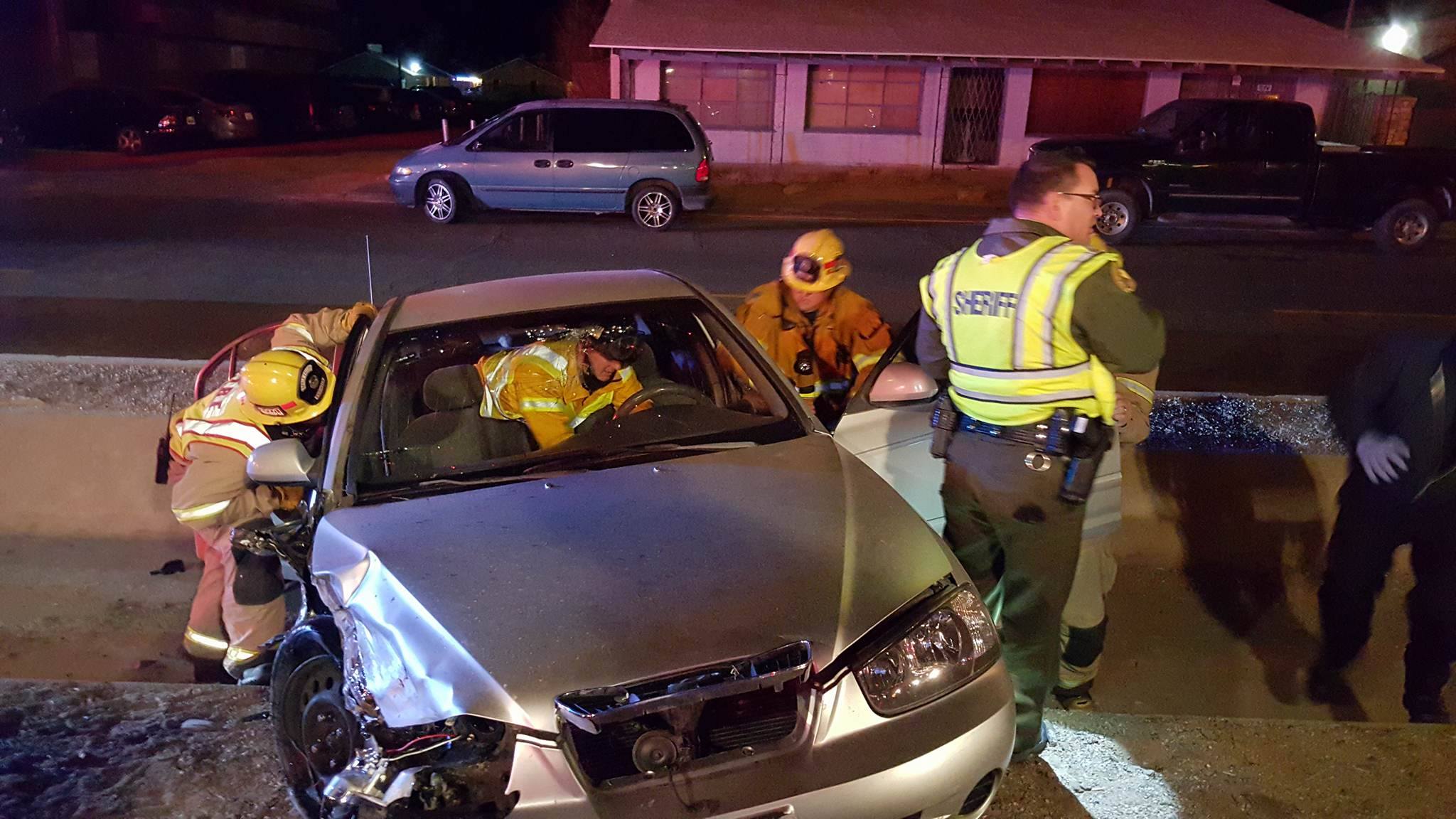 APPLE VALLEY-(VVNG.com):  One person was seriously injured and one suffered minor injuries following a

Friday evening head on traffic collision near Quinnault Road and Highway 18. Gina Mahfouz, who witnessed the collision said, “ I was right behind him at the stop sign on Pawnee Road and Highway 18, he had his blinker on to go left.  You can’t go across Highway 18 and turn left it’s too dangerous.”

Mahfouz said that the man proceeded to make his left hand turn, she thought he saw the center divider and realize he was going against traffic. She said the man driving a gray Hyundai Elantra, continued to go against westbound traffic heading eastbound. “I saw him swerve to avoid hitting one car, then I hear a loud boom and saw his car go up then land in the ditch,” added Mahfouz.

The man, according to Mahfouz was passed out for a couple of minutes was not wearing a seatbelt and was slouched over the passenger side bleeding from his head.  The man was temporarily trapped in his vehicle requiring a minor extrication.