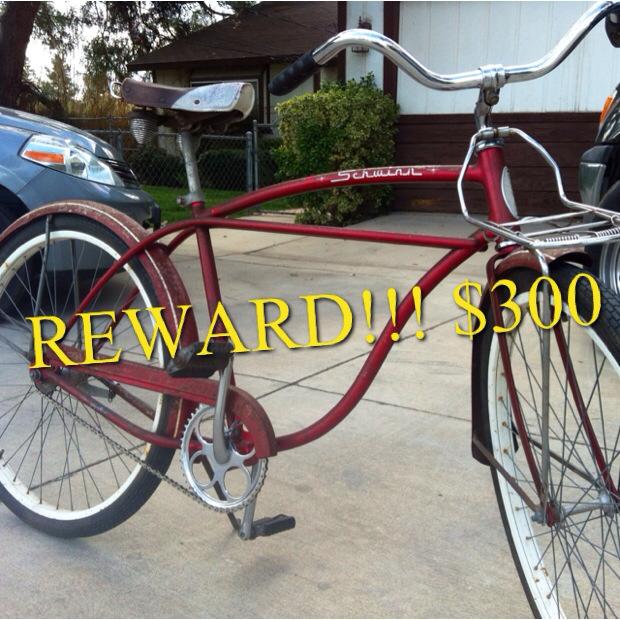 “On Monday the 13th my little brother and his girlfriend went for a bike ride to enjoy the beautiful weather. They were traveling- 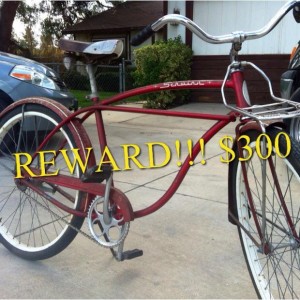 up Silica road in Victorville. When they reached the corner of Silica and Silverwood 3 young men stepped out in front of them. Without warning one of the guys punched my brother in the face as he rode by, knocking him off the sidewalk and to the ground. Then all three men proceeded to repeatedly kick him in the head and face for what my brothers girlfriend described as several minutes. They then grabbed his bike and took off. My brother is healing fast and we are all very thankful for that. However, we are nowhere near satisfied. Unfortunately I don’t have a detailed description of these guys because my brother never saw it coming and spent the whole time doing his best to block the stomps and kicks. The best he could tell, they were in their late teens and either Hispanic or African American. One appeared to be mixed race. What I do have is a picture and description of the bike. It’s a 1962 Schwinn typhoon. I believe these guys probably live very near to where the attack took place because they were on foot. Most likely in tract homes near Food 4 Less. If anyone can help me get this bike back, I will gladly give you $300 for your assistance. My brother worked very hard to get it and even harder fixing it up. Please keep your eyes peeled. Thanks everybody. ”  Daniel Brown-Galindo