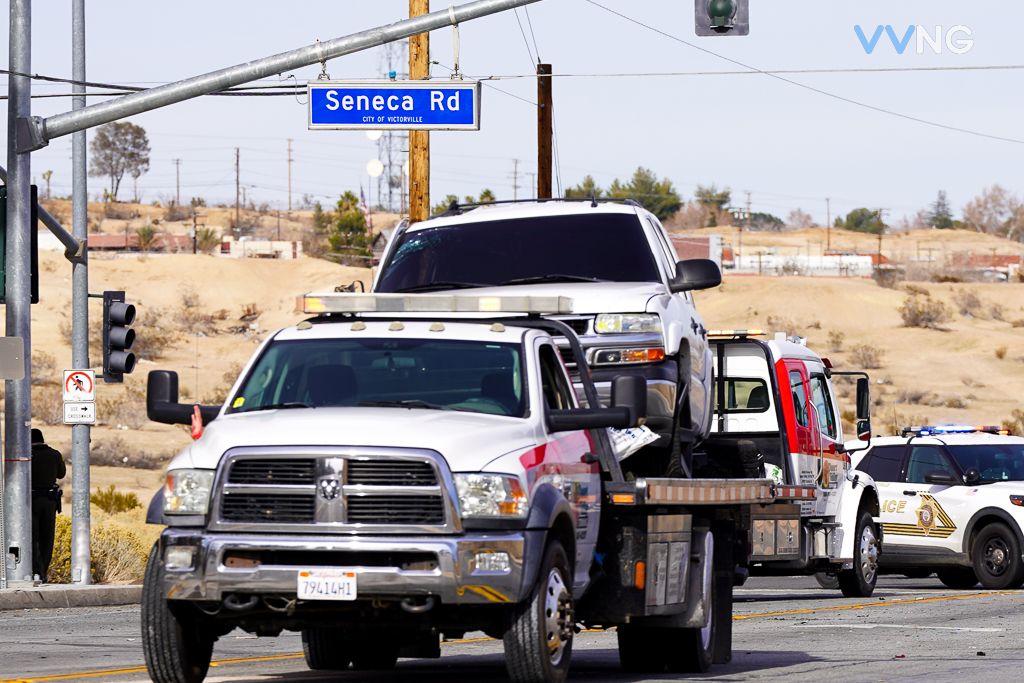 VICTORVILLE, Calif (VVNG.com) — A 30-year-old previously convicted felon is back in jail after leading police on a high-speed pursuit in an SUV and crashing.

It happened on January 2, 2023, at about 10:40 pm, when a San Bernardino County Sheriff’s deputy observed a white Chevy Tahoe with a vehicle code violation, officials said.

Sheriff’s spokeswoman Tricia Blake told VVNG the deputy attempted a traffic stop, but the driver Elvin Gladimir Mundo, a resident of Apple Valley, failed to yield and led deputies on a pursuit.

“During the pursuit, he drove at high rates of speed and in the opposing lanes of traffic then lost control and collided with a traffic signal at Hesperia Rd and Seneca,” stated Blake.

The suspect’s vehicle was disabled and multiple vehicles in the area were damaged by the debris that flew off the Tahoe.

“Deputies located the firearm the suspect discarded out of the vehicle,” stated Blake.

Mundo was arrested and booked at High Desert Detention Center for PC236 False Imprisonment, PC29800 Felon in Possession of a Firearm, and VC2800.2 Felony Evading. He is being held on a $180,000 bail and is scheduled for a hearing inside a Victorville courtroom on January 9, 2023, at 8:30 am.