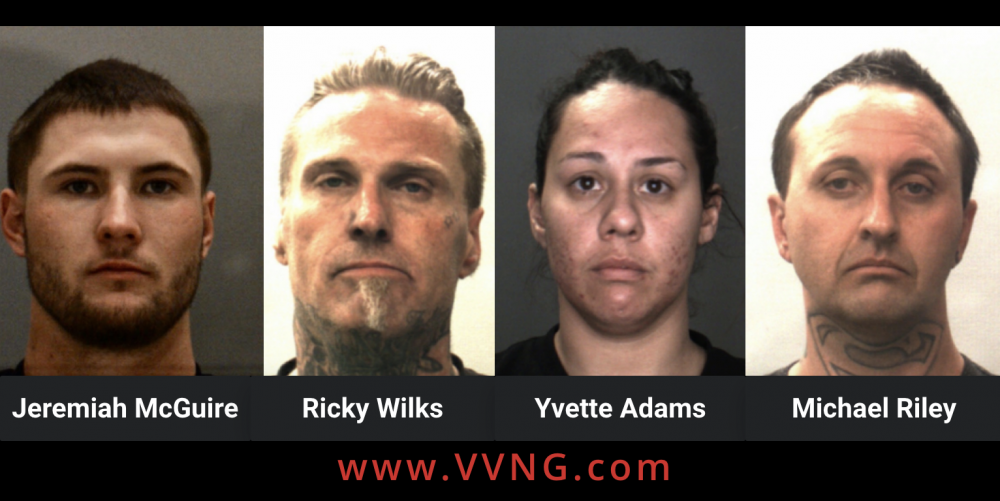 ADELANTO, Calif. (VVNG.com) — Approximately 30 grams of blue meth were recovered from the visitor lobby of the High Desert Detention Center (HDDC) and police need the publics help in finding a wanted suspect.

Two days later, on March 23, 2020 deputies recovered marijuana and additional contraband in a housing unit at the same facility.

Detectives discovered 28-year-old Yvette Adams, a resident of Hesperia, was responsible for bringing the narcotics, marijuana and other contraband to the visitor lobby of HDDC on two separate occasions.

Detectives also determined inmates Ricky Wilks, 50, of Crestline, Lance Lapp, 27, of Spring Valley Lake, and Austin Topchi, 24, of Adelanto, were responsible for requesting the narcotics and facilitating its passage into the jail.

Ricky Wilks was released from custody shortly after the investigation began, he is currently wanted and is believed to be residing in Twin Peaks.

During the investigation, Adams’ source of blue methamphetamine was discovered and on March 31, 2020, a search warrant was served in the 1000 block of Clay St., in the City of Redlands, stated sheriff’s officials.

During the service of the search warrant, detectives seized approximately one pound of blue methamphetamine along with a shotgun.

Duane Riley, 55, Michael Riley 37, and Yvette Thorvilson, 45, all residents of Redlands were arrested at the residence for possession of narcotics for sales, illegal possession of a firearm, maintaining a place for narcotic sales, and conspiracy to send narcotics into a jail facility.

Adams’ source of marijuana and contraband was determined to be a 20-year-old resident of Adelanto, Jeremiah McGuire.

The inmates involved will face the additional charges of conspiracy to bring narcotics into a jail facility.