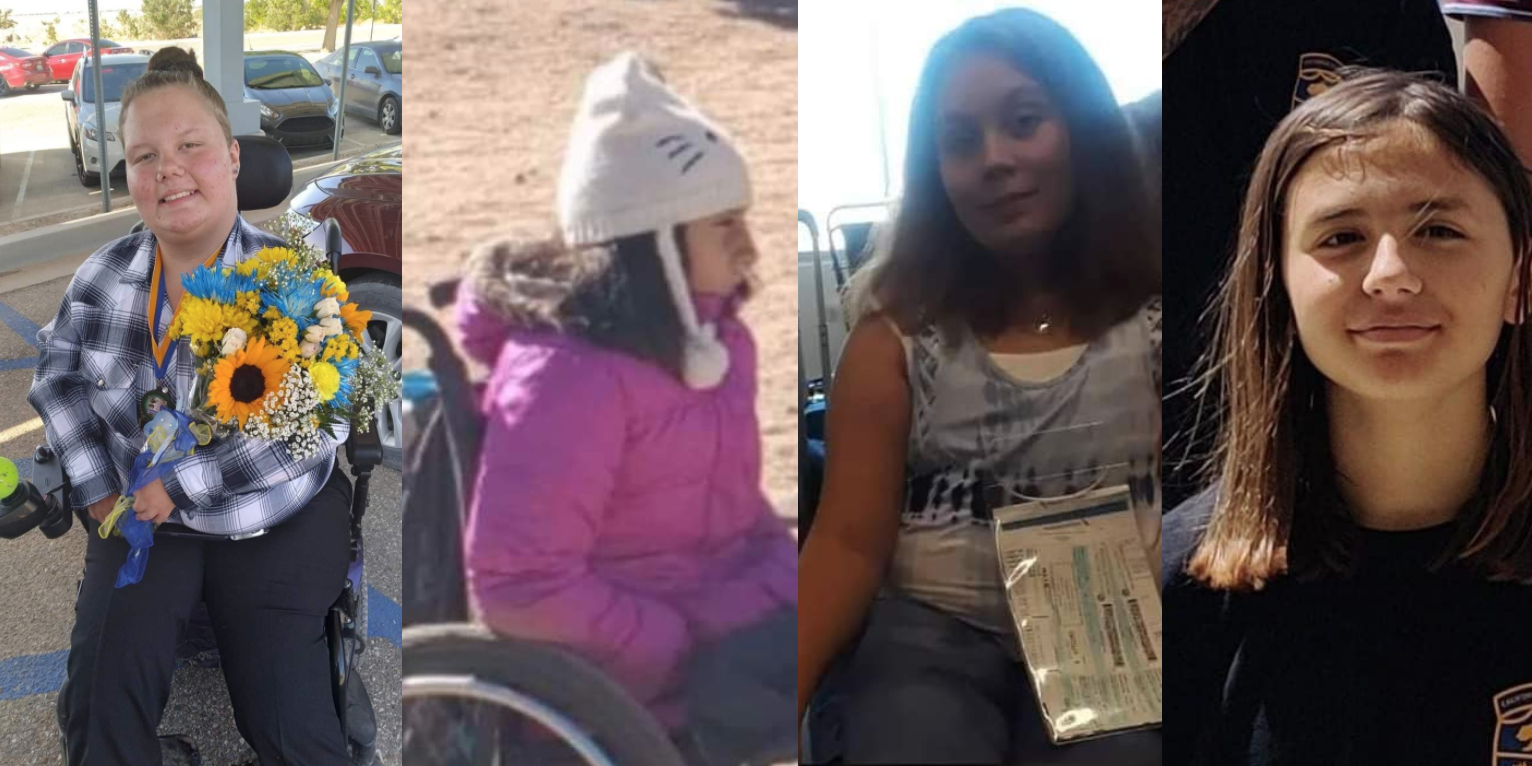 LUCERNE VALLEY, Calif. (VVNG.com) — Family, friends, and strangers gathered on Sunday evening and held a candlelight vigil for three young girls killed in a hit-and-run crash and for a fourth who remains in critical condition.

According to the family, 14-year-old Natalie Coe, 11-year-old Willow Sanchez, 13-year-old Sandra Mizer, and 12-year-old Daytona Bronas, left the yard and out for a late-night walk.

Natalie and Daytona are both wheelchair-bound and were being pushed by the two other girls when they were all struck by a white 2002 Chevrolet Silverado also traveling northbound on Camprock Road.

Instead of rendering aid, the unknown driver and passenger exited the truck and foot-bailed from the scene of the accident, and remain on the run.

San Bernardino County Firefighters responded and located the lifeless bodies of three of the young victims on separate sides of the two-lane road. Debris from the wheelchairs and shoes were also scattered across the road.

Firefighters requested a helicopter to land at Pioneer Park and airlift the only survivor, Natalie to Loma Linda University Medical Center where she remains in critical condition.

Sandra Mizer’s aunt Christine Cordova posted on Facebook and begged for the driver and passenger of the truck to turn themselves in. “This is the best apology you could ever give to us the family.”

“I know all families say their child was good, but my niece truly was. She was only 13 and what was supposed to be a fun night at her friends, ended in heartbreak. She just graduated from the core cadet and we just paid for her Marine field trip yesterday that she now won’t be attending. Her goal was to join the Marines right out of HS and become something. She loved everyone and was outgoing and so happy despite her hard childhood. She was my baby, I was there when she was born, I named her. She hated bullies and loved younger kids like a big sister,” stated Cordova about her goddaughter Sandra.

Members of the community joined the family of the victims at Pioneer Park on Sunday evening where they held a candlelight vigil.

“Please if anybody hears anything about the person that hit and killed these kids in Lucerne please step forward and say something. Nobody should have to lay their babies to rest,” stated Shyla Butler in a Facebook post.

A Gofundme account to help Sandra with her funeral expenses was created by Diana Mapp. Donations can be made here: Sandra’s Funeral.

Officer L. McAllister with the Victorville California Highway Patrol station is handling the investigation and anyone with information is urged to call 760-241-1186.