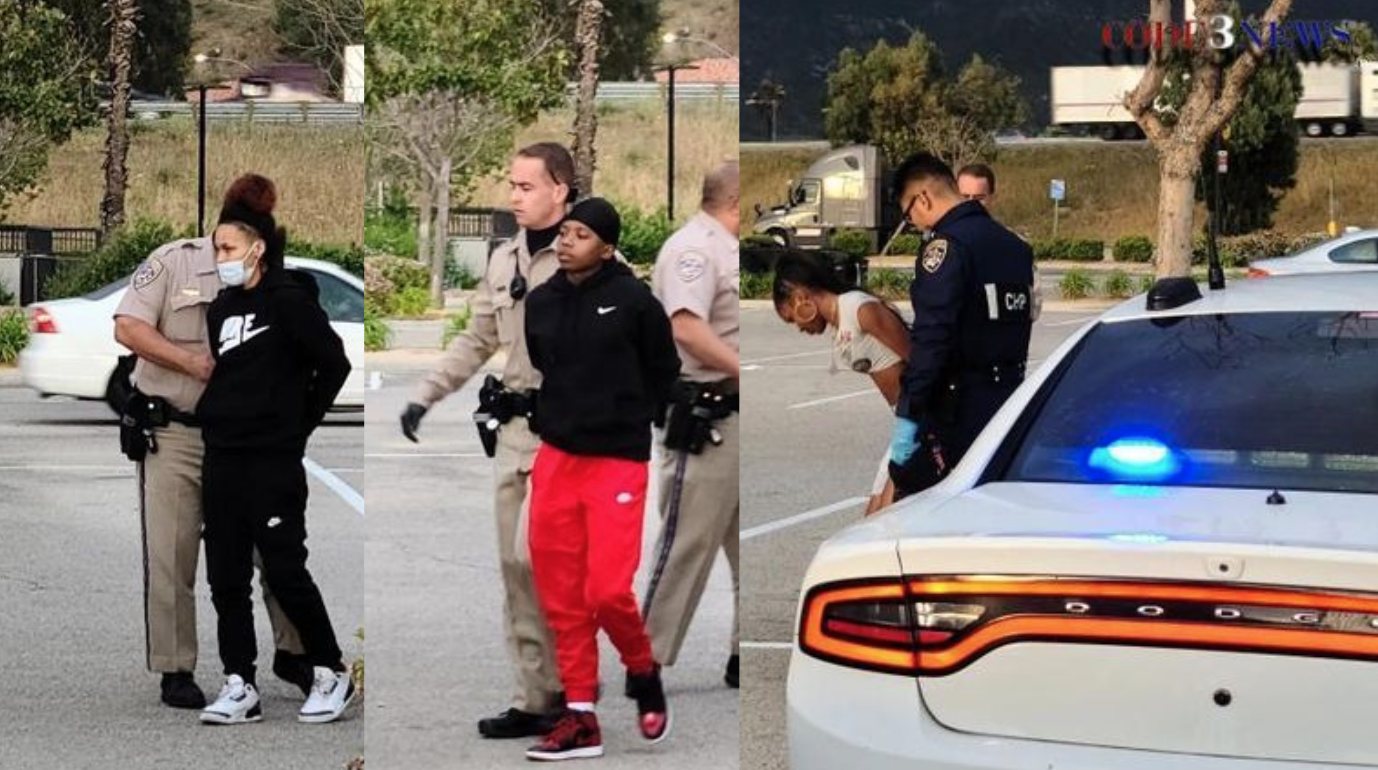 APPLE VALLEY, Calif. (VVNG.com) — Three women from Los Angeles were arrested after stealing $8,000 worth of cosmetics and over-the-counter drugs from several stores in the Town of Apple Valley, officials said.

Sheriff’s officials said they were dispatched to the location after receiving reports of subjects stealing trash bags full of products.

Upon arrival, a witness provided deputies with a description of the subjects, their vehicle, and the license plate number.

While deputies were investigating the theft at Walgreens, additional thefts were reported by Rite Aid and Target in Apple Valley.

Officials said the subjects from the Walgreens theft matched the description of the subjects at Rite Aid and Target. It was later learned the same subjects stole from a Rite Aid in Hesperia.

Through investigation and with the assistance of Sheriff’s Aviation and California Highway Patrol, the vehicle was located on the 215 freeway. A traffic stop was conducted, and three subjects were detained.

“During a search of the vehicle, investigators located 13 black trash bags of over-the-counter medication and cosmetics. Deputies recovered approximately $8000 in merchandise and are currently in the process of returning it to the victims,” stated a news release.

Shardai Williams, 19, and Trejour Heard, 20, were arrested and booked at the High Desert Detention Center for Grand Theft and Conspiracy to Commit a Crime. They are both being held in lieu of $1,000,000 bail.

Zaniya Townsend, 18, was arrested and booked at the High Desert Detention Center for Conspiracy to Commit a Crime and is being held in lieu of $25,000 bail.

Anyone with information about this investigation is asked to contact Deputy Loup, Deputy Ramires, or Deputy Guzman at the Apple Valley Police Department at (760) 240-7400 or Sheriff’s Dispatch at (760) 956-5001.