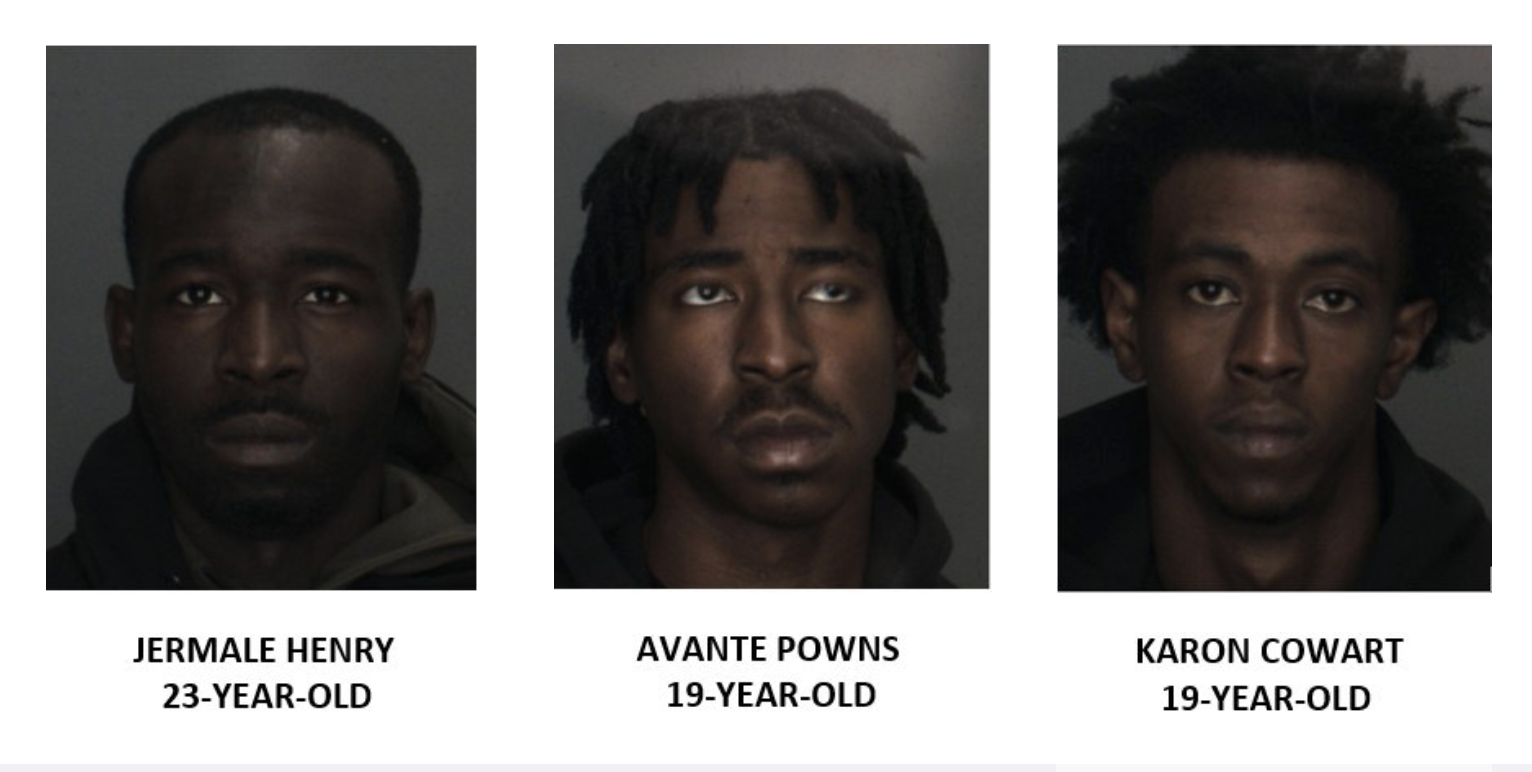 Officers G. Gatti and M. Carson from the Barstow Police Department were dispatched to the 7 Day’s Liquor store regarding a burglary in progress.

As the officers approached, they observed three male adults standing inside the closed business attempting to steal lottery tickets. The suspects observed the officers and immediately ran to the rear of the business.

Officer Day was covering the rear of the business and observed the three subjects run out. After a brief foot pursuit, two suspects were taken into custody and the third suspect was located attempting to hide under dark clothing inside of a parked vehicle.

The suspects were identified as Avante Powns, 19, Jermale Henry, 23, and Karon Cowart, 19, all three residents from Los Angeles. Further investigation revealed that Cowart was the registered owner of the vehicle he was hiding in.

During a search of Cowart’s vehicle, officers located a loaded Ruger 9mm handgun in the center console with the serial number removed. A pair of bolt cutters used during the burglary were also located in the vehicle.

Related Topics:barstowBurglarycrimelos angeles
Up Next

Victorville man robbed, carjacked at gunpoint in his driveway