Just after 10:00 a.m. Thursday, the San Bernardino County Sheriff’s Department Victorville Station responded to reports of a blue Jeep that rolled over on Calgo Lane near Village Drive.

When Deputies arrived on the scene the suspects were gone. Witnesses described the three suspects as White male adults who ran westbound on Calgo Lane.

Sergeant Pennington of the Victorville Sheriff’s Station said two suspects were detained. One suspect temporarily hid in a semi-trailer that was parked in a driveway of a home located on North Culver Road, north of Eto Camino Road.

The blue Jeep was reported stolen from the Victor Valley yesterday and then was reportedly used in a burglary in Fontana.

One suspect remains outstanding, and the incident is currently under investigation by the San Bernardino County Sheriff’s Department. 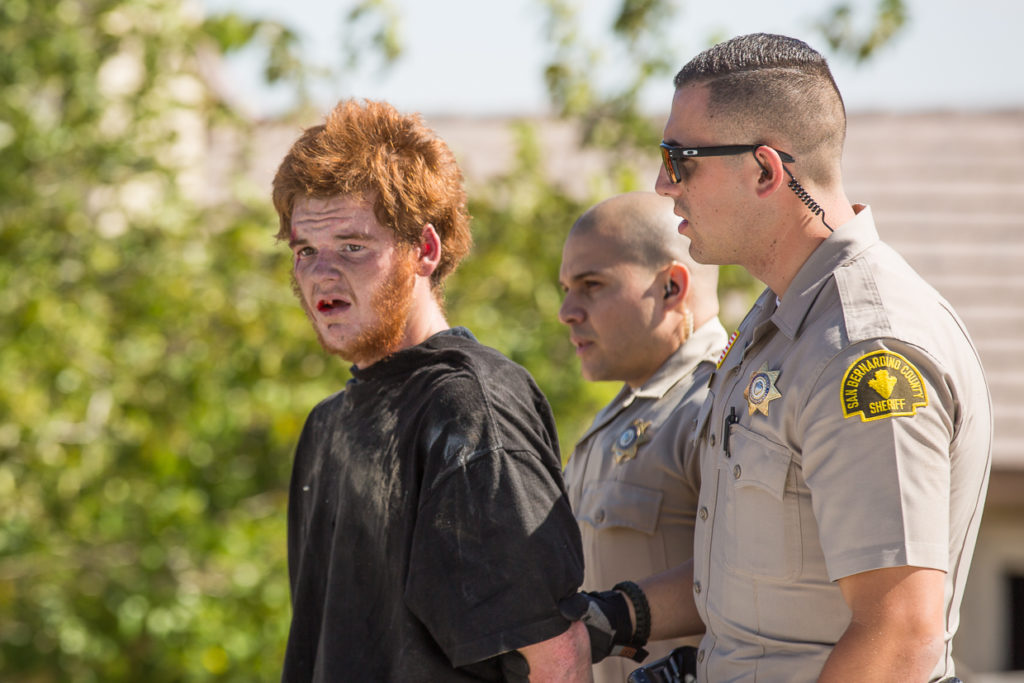 One suspect attempted to hide in a semi-truck parked on the driveway of a home. He was spotted by a deputy as he peeked out. (Hugo C. Valdez, Victor Valley News)