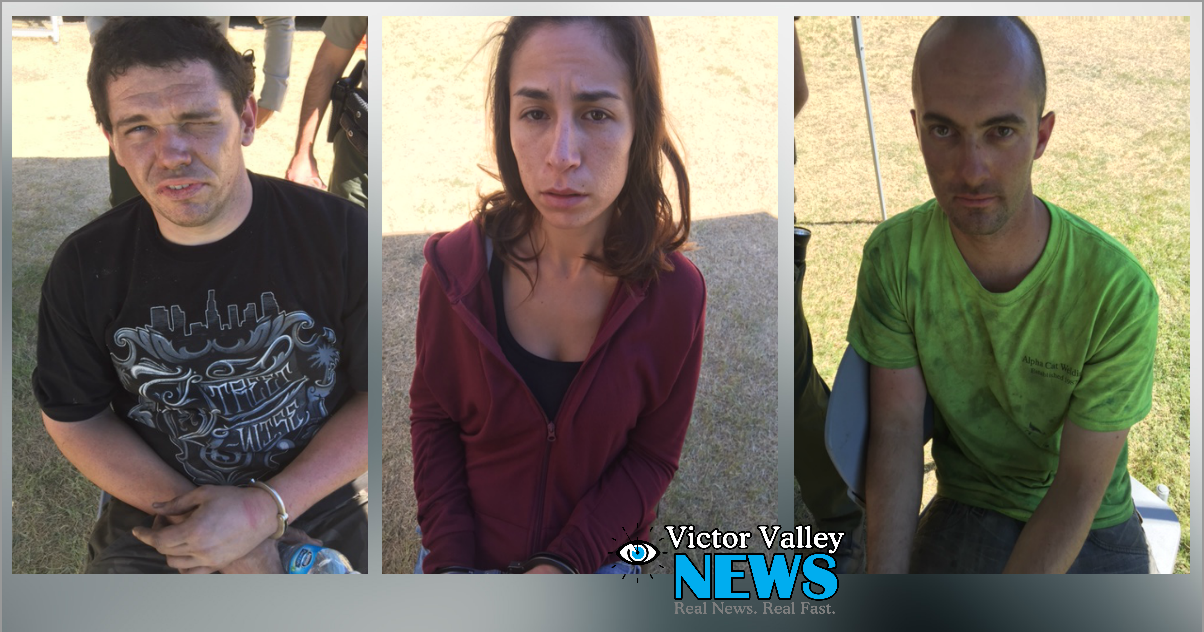 (VVNG.com)- Three suspects have been arrested for attempting to steal property from the Bluecut Fire evacuation areas, authorities said.

On Thursday, August 18, 2016, at 7:00 a.m. deputies responded to a call of suspicious subjects at a home on the 8600 block of Swarthout Canyon located within the evacuation area.

Deputies arrived and made contact with the suspects, who were attempting to leave the residence with a flatbed truck.

The suspects told deputies they were picking up property for a friend that lived at the residence. Deputies made contact with the property owner who advised that he did not give anyone permission to take his property.

All three were taken into custody without incident and will be booked for Looting and Grand Theft Auto.