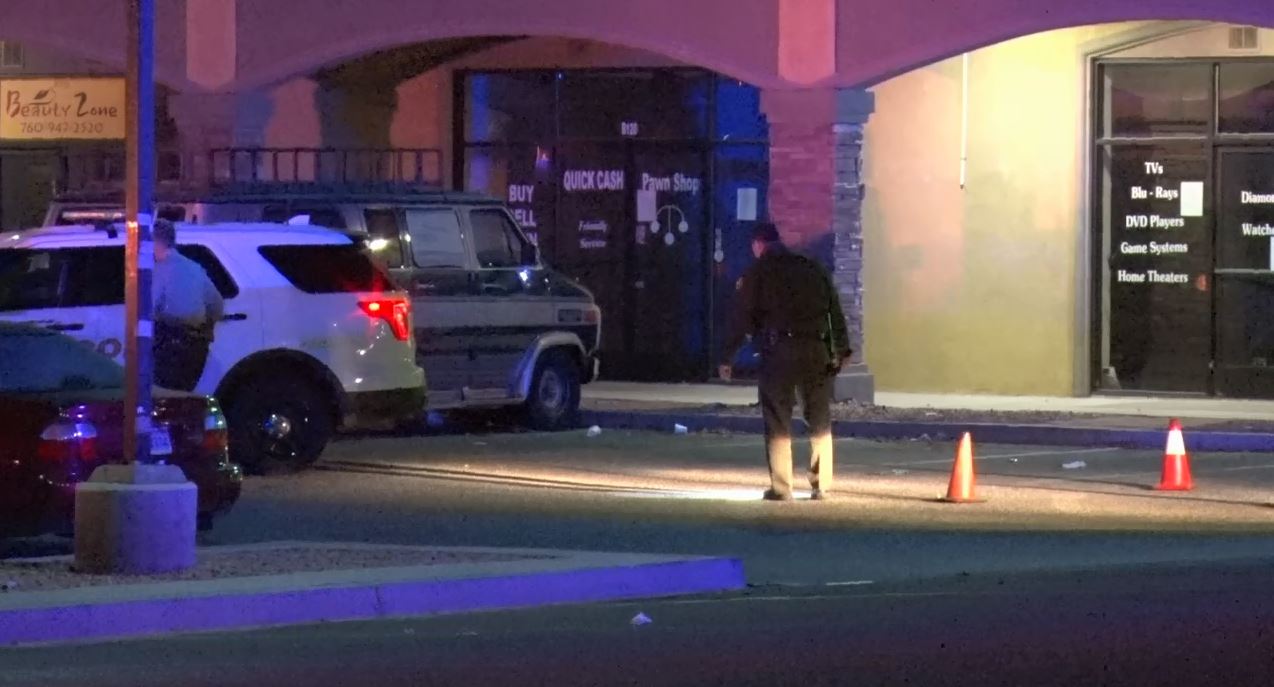 HESPERIA, Calif. (VVNG.com) – Police are investigating after three people were shot Saturday night in a parking lot outside of a hookah lounge.

At about 12:42 am, on January 21, 2018, deputies responded to the 15900 block of Bear Valley Road to a report of a person shot outside the ‘Space Smoke Lounge’. Additional callers reported hearing up to 10 gunshots and two vehicles fleeing from the parking lot at a high-rate of speed, scanner traffic reported.

“Separate callers were reporting a disturbance at a Hookah Lounge in the business complex, which resulted in a shooting outside the building in the parking lot,” stated sheriff’s spokeswoman Cindy Bachman.

While on-scene, deputies discovered two additional gunshot victims had already been taken to Desert Valley Hospital by bystanders at the scene.

“The victim found at the scene was taken by ambulance to Desert Valley Hospital, and all three are suffering from moderate to critical injuries from the shooting. Two of the victims were later flown by helicopter to Arrowhead Regional Medical Center for further treatment to their injuries,” officials said.

Hesperia Station Detectives responded to the scene and are conducting witness interviews and processing the scene for evidence. At this time, no arrests have been made and all three victims are continuing to receive treatment for their injuries.

Detectives believe there are multiple witnesses to the shooting that left the scene, and are asking anyone who may have witnessed the incident to contact the Hesperia Station, Detective Eric Stoll or Sergeant Doug Hubbard at (760)947-1500. You can remain anonymous and contact WeTip at (800)78-CRIME or www.wetip.com

The story is developing and information will be updated as details are received.