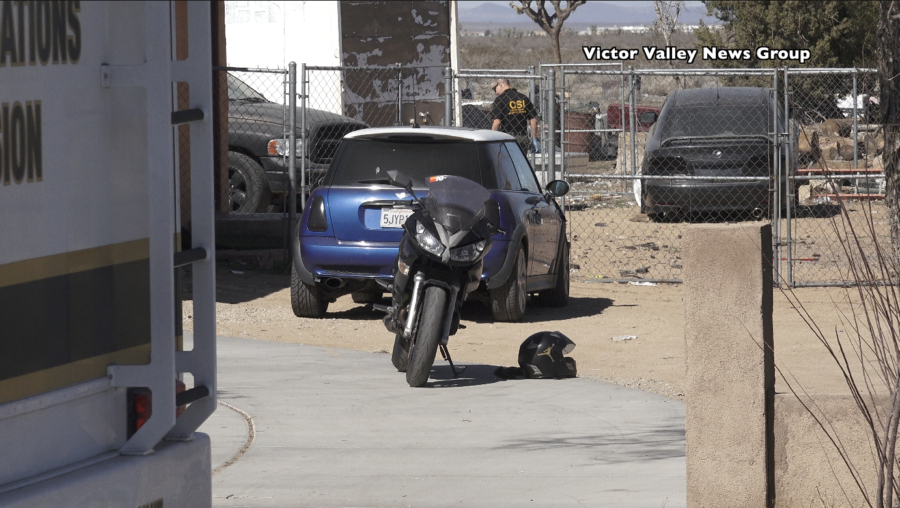 At 8:28 a.m. deputies responded to a report of three people shot inside a home on Chamberlaine Way in Adelanto, near Highway 395, officials confirmed with Victor Valley News.

According to a woman who asked to remain anonymous, the family from the home are very religious and dedicated members of a local church.

A black helmet with a Michael Jordan emblem was on the ground next to a black street bike and what appeared to be a glove in the driveway.

A Sheriff’s Specialized Investigations Division arrived on scene to set up a command center for the investigation along with multiple CSI trucks and detectives.

The Sheriff’s Spokesperson stated they have not been advised of any arrest(s), and no suspect information was provided.

Bachman said more details will be issued as information develops. Please check back for more information.

Related Topics:adelanto shooting
Up Next