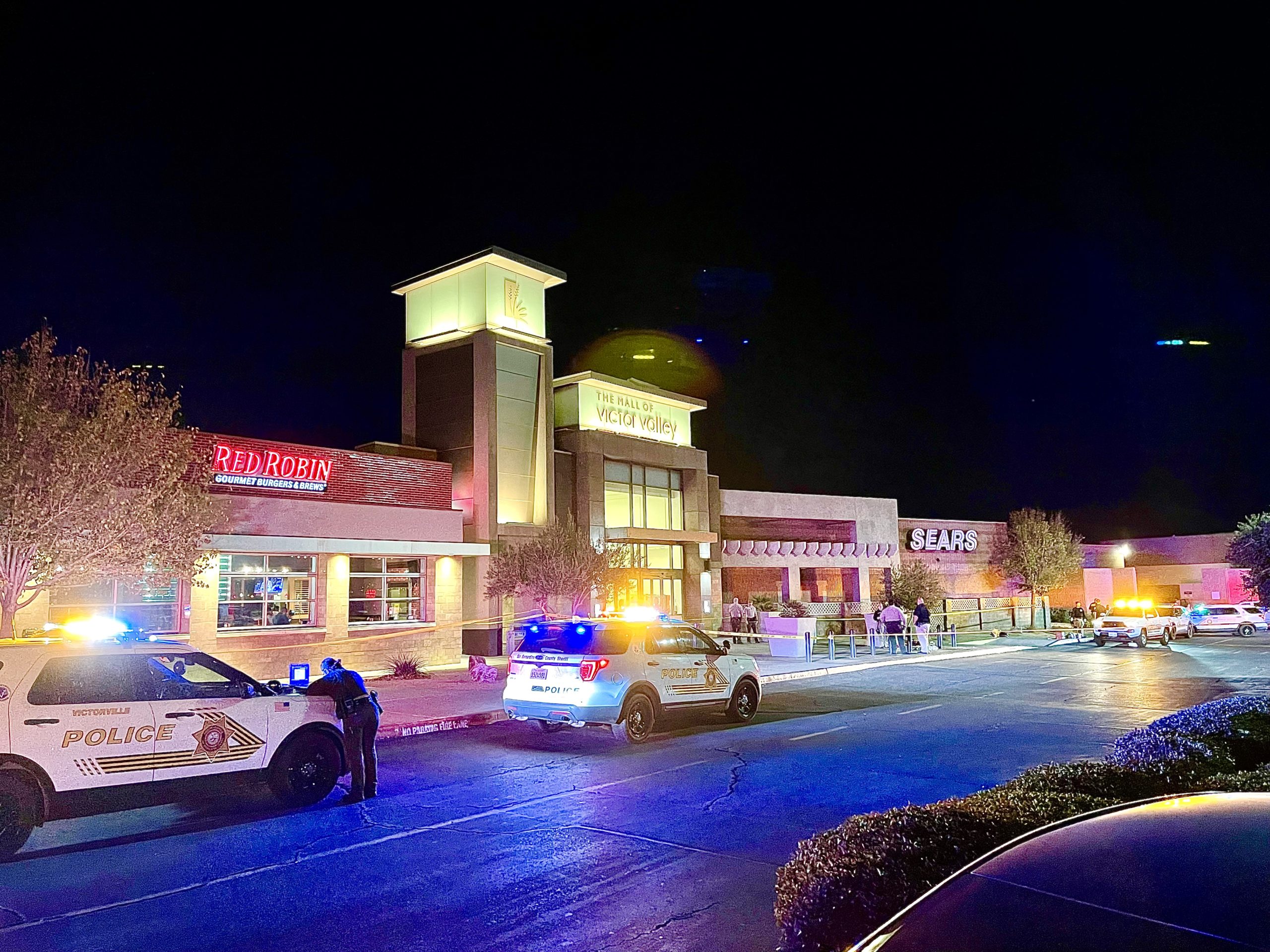 Authorities confirmed that one of the victims is a juvenile.

Witnesses say a Black Male Adult was on the ground unresponsive near the mall entrance located near Red Robin.

Emergency workers performed CPR on the unresponsive male, but despite life-saving measures, the man was pronounced deceased at the scene.

Victorville Police confirmed on social media that the juvenile and a second adult were transported for medical treatment.

Mall shoppers were briefly placed on lockdown while authorities investigated.

UPDATE: The youngest victim is reported to be an 8-year-old boy.