VICTORVILLE, Calif. (VVNG.com) — After Victor Valley News has covered numerous stories about scam artist collecting money from the community, Victorville Police announced the arrest of three of the scammers.

On Monday, September 17, 2018, Deputy A. Medawar and Deputy F. Demara, from the Victorville Police Department, conducted a pedestrian check on 3 subjects at US Highway 395 and Palmdale Road.

The 3 subjects, identified as Richard Navarrete, 20, of San Bernardino and two 14-year old males, were holding signs asking for donations.

The signs indicated the donations were for the funeral of a young boy, whose photo was attached.

“Through investigation, deputies discovered the boy was not deceased and was, in fact, the son of Navarrete’s friend,” stated a sheriff’s news release.

According to the release, each of the subjects had water bottles containing money that had been donated as a result of the fraudulent signs.

One victim was located near the scene and interviewed.

Photographs are being released, as it is believed other victims exist. Anyone with information about this investigation is asked to contact Deputy Medawar or Deputy Demara, at the Victorville Police Department at (760) 241-2911 or Sheriff’s Dispatch at (760) 956-5001. Callers wishing to remain anonymous are urged to call the We-Tip Hotline at 1-800-78CRIME (27463) or you may leave information on the We-Tip website at www.wetip.com. 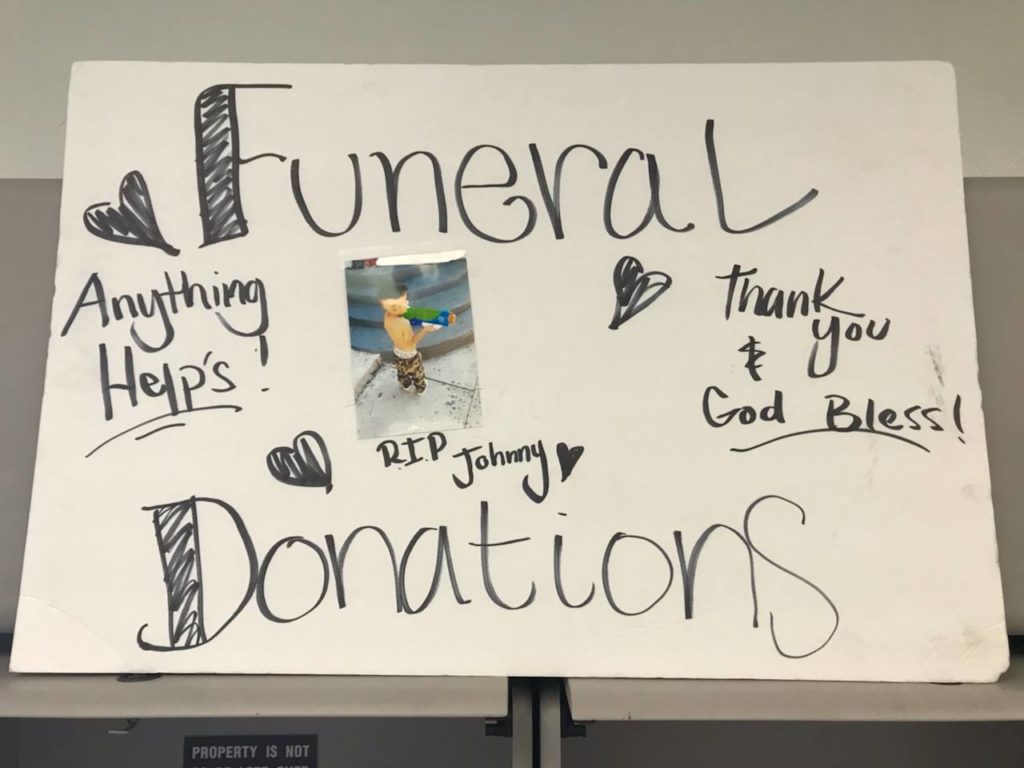