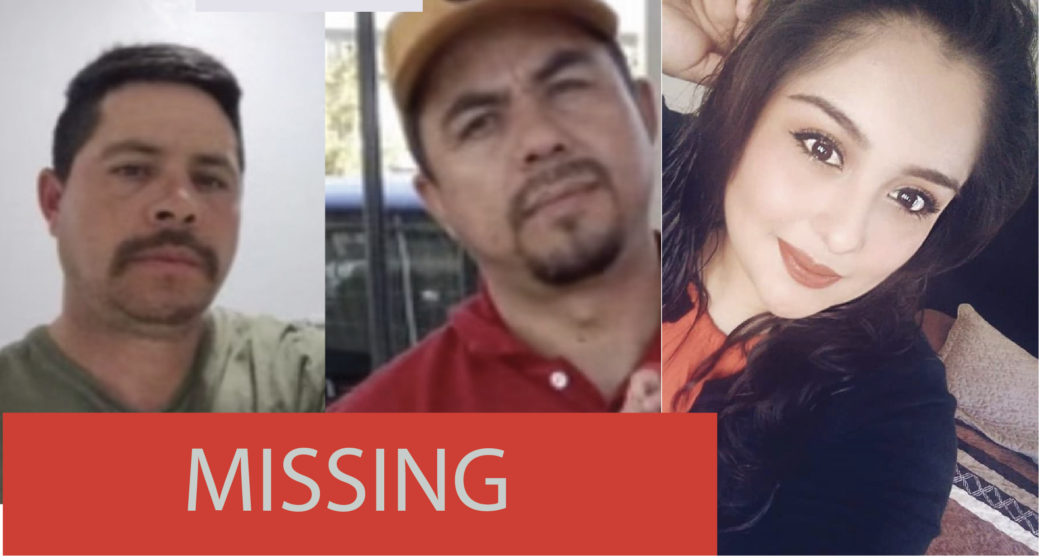 HESPERIA, Calif. (VVNG.com) – Three people reportedly headed to Hesperia for a job offer went missing, and the family is pleading for help after months of searching.

After nearly 5 months, the family says they feel helpless and don’t know where else to turn.

“The detective in Perris always told us ‘there are no more leads, no more leads,’ and I felt no movement in the case, but now they just moved the case to San Bernardino County, since that’s where they disappeared from,” stated family member Silvia Lopez, sister-in-law to the brothers.

Lopez said after feeling like her family was “forgotten about,” she is hoping with the recent case transfer they will be remembered and searched for.

According to Silvia, her in-law Salvador was offered a job in Hesperia, and upon accepting the job offer, he wanted to take along his girlfriend Estela.

“Enrique, his brother, was just going to drop them off and come back, but none of them ever returned,” Lopez explained. “He has six kids, was the provider of his family, and would never leave this way.”

Lopez said her family activated social media accounts to share their flyers and even exhausting hours driving back and forth to the High Desert searching for any clues.

Additionally, a fourth person who introduced Salvador to the job may have been in the vehicle with them, according to Lopez, however, he has not been reported missing.

All of Estela’s family lives in Mexico, making it difficult for them to assist in the search for their loved one, Lopez said.

They were last known to be driving in a blue 2017 Toyota Camry LE with plate # 8YJS684, registered to Estela.

This is a developing story, and more details will be released as they become available. Please check back and refresh this page in the future.

UPDATE– THREE BODIES FOUND – One Confirmed to be Enrique Salto.

Related Topics:missing person
Up Next