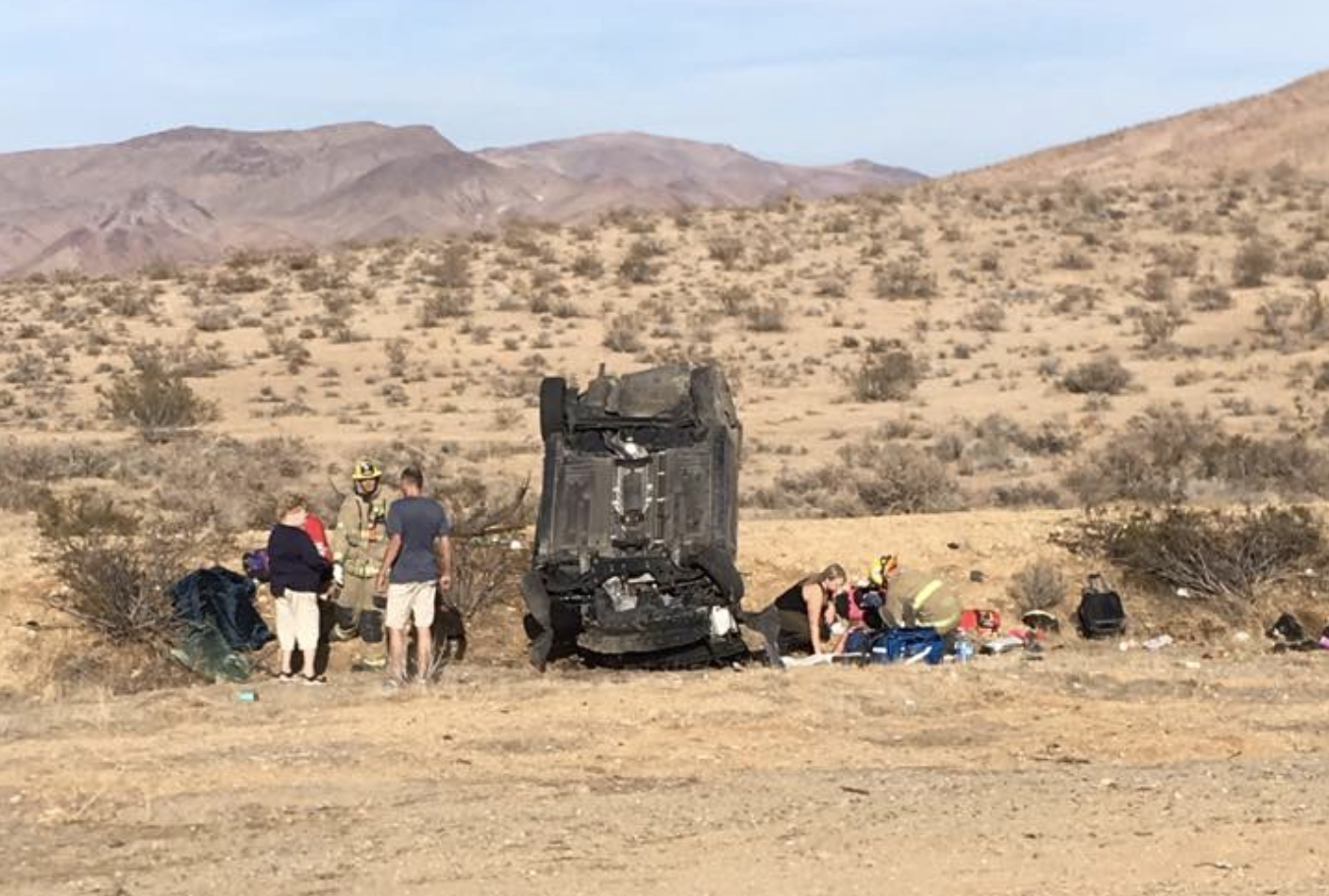 According to the California Highway Patrol incident logs, the crash involving a gray four-door sedan was reported at 3:30 pm. Per the logs, the vehicle overcorrected and went approximately 150 feet off the road and landed on its roof.

Eddie Ramos posted a photo of the crash to the Victor Valley News Group on Facebook. In the post, Eddie said two occupants crawled out of the vehicle and one person was ejected.

Kern County Fire responded to the scene and assisted with airlifting two patients to trauma centers and the third patient via ground ambulance.