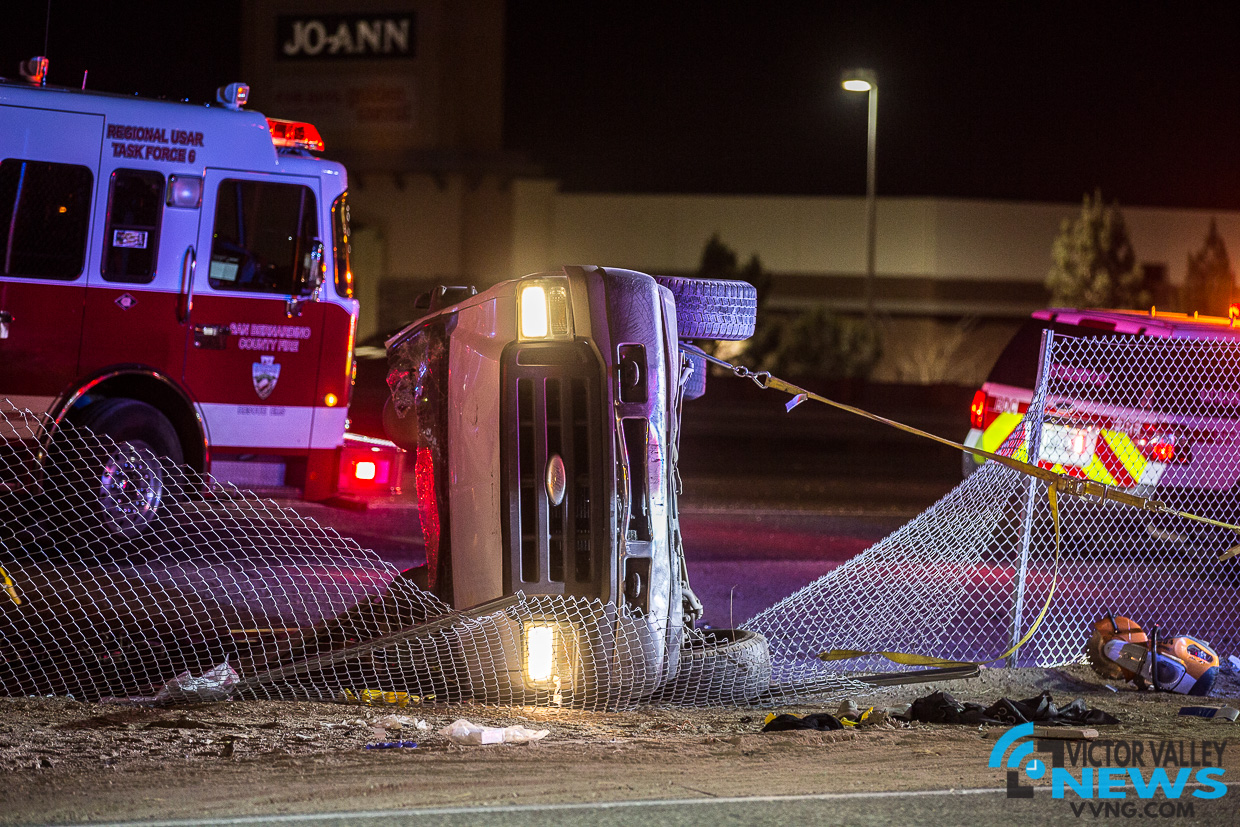 It happened just after 10:00 p.m. when for unknown reasons, the driver of a Ford pickup truck lost control and rolled an unknown amount of times, causing the occupants to become trapped.

The San Bernardino County Sheriff’s Department assisted County Fire with stabilizing the overturned truck while firefighters removed the roof in order to successfully extricate a woman and two men who were inside.

Two helicopters were requested to transport the two most critically injured occupants to a trauma center.

As of Monday afternoon, no further information on the cause of the crash has been released. 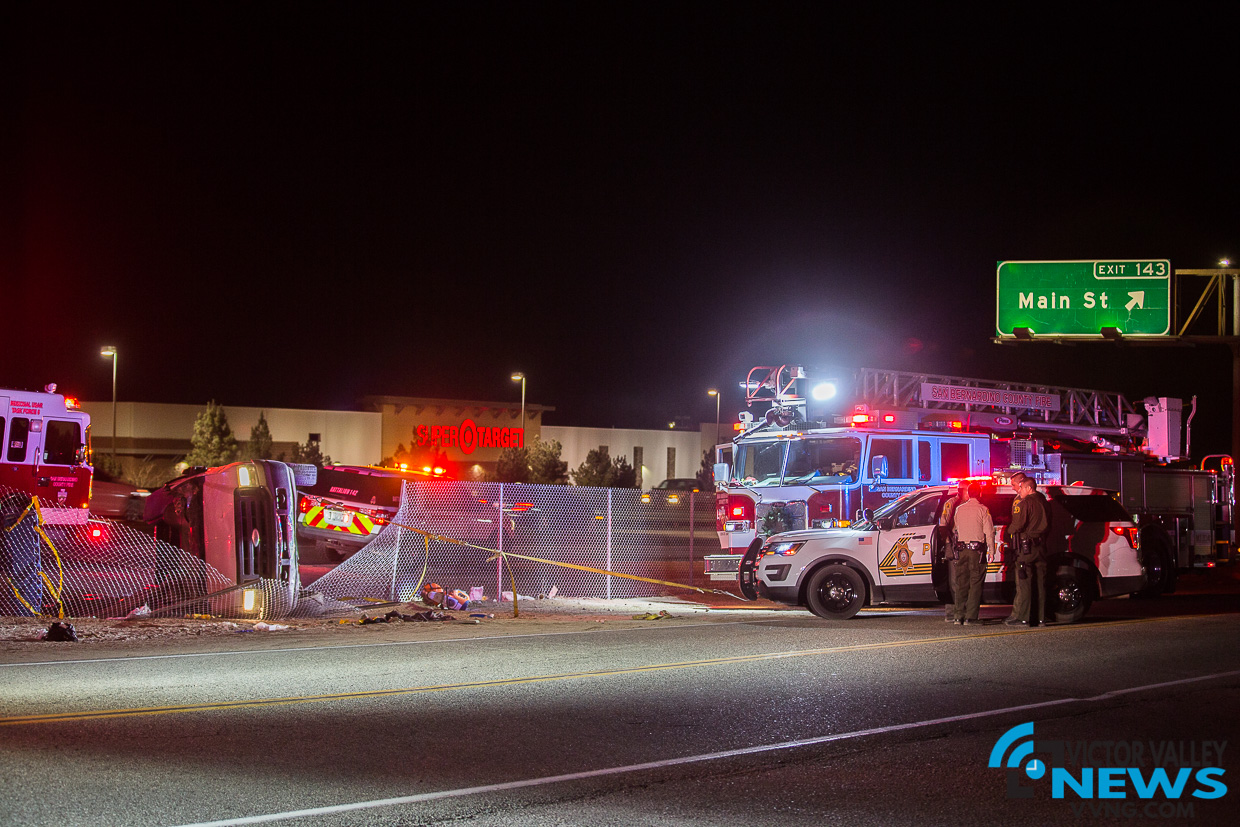 Victorville deputy goes above and beyond for elderly woman