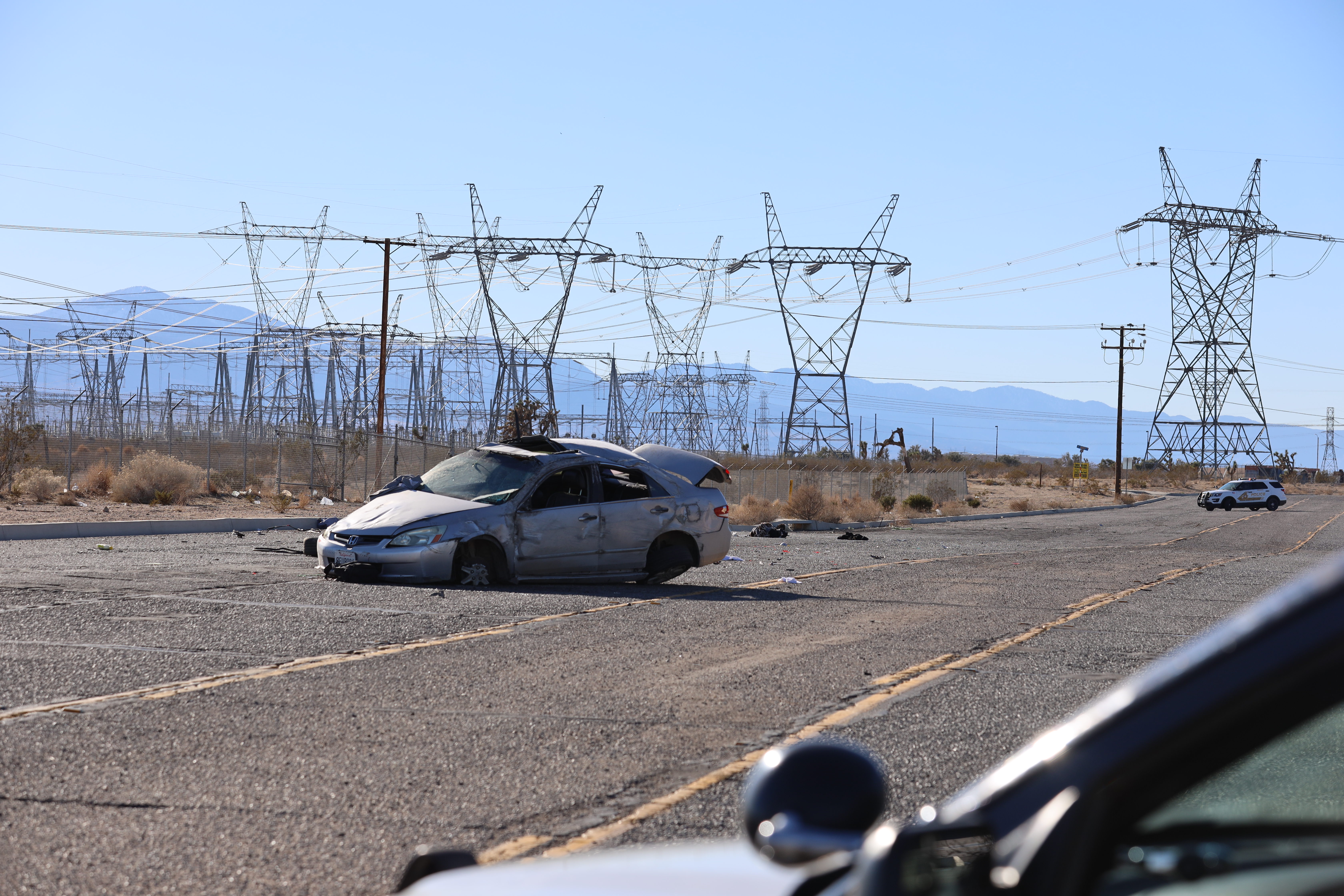 Upon arrival, deputies located a silver 2003 Honda Accord in the eastbound lanes of Rancho Road with major damage.

According to Sergeant Goddard with the Victor Valley Sheriff’s Station, all three men were thrown from the crash and lying in the roadway.

“The vehicle appeared to have been traveling eastbound [just west of Verbena Road],” Sgt. Goddard said. “All three of them sustained major life-threatening injuries.”

The immediate area will be closed while the Major Accident Investigation Team responds to investigate.

UPDATE 1/3/19 — Sheriff’s officials issued a press release on the incident and identified the three men as Pedro Martinez, 38, Anthony Lopez, 42, and Sergio Garcia, 18. Officials said investigators have not been able to obtain updates on any of the occupants.

“It appeared the silver 2003 Honda was traveling east on Rancho Road when it collided with the south curb before overturning and ejecting the three occupants, none of whom were wearing their seatbelts,” officials said.

Anyone with information or those who witnessed the incident are urged to contact Deputy Merrill with the Victor Valley Sheriff’s Station at (760) 552-6801.

Related Topics:Adelanto crash
Up Next