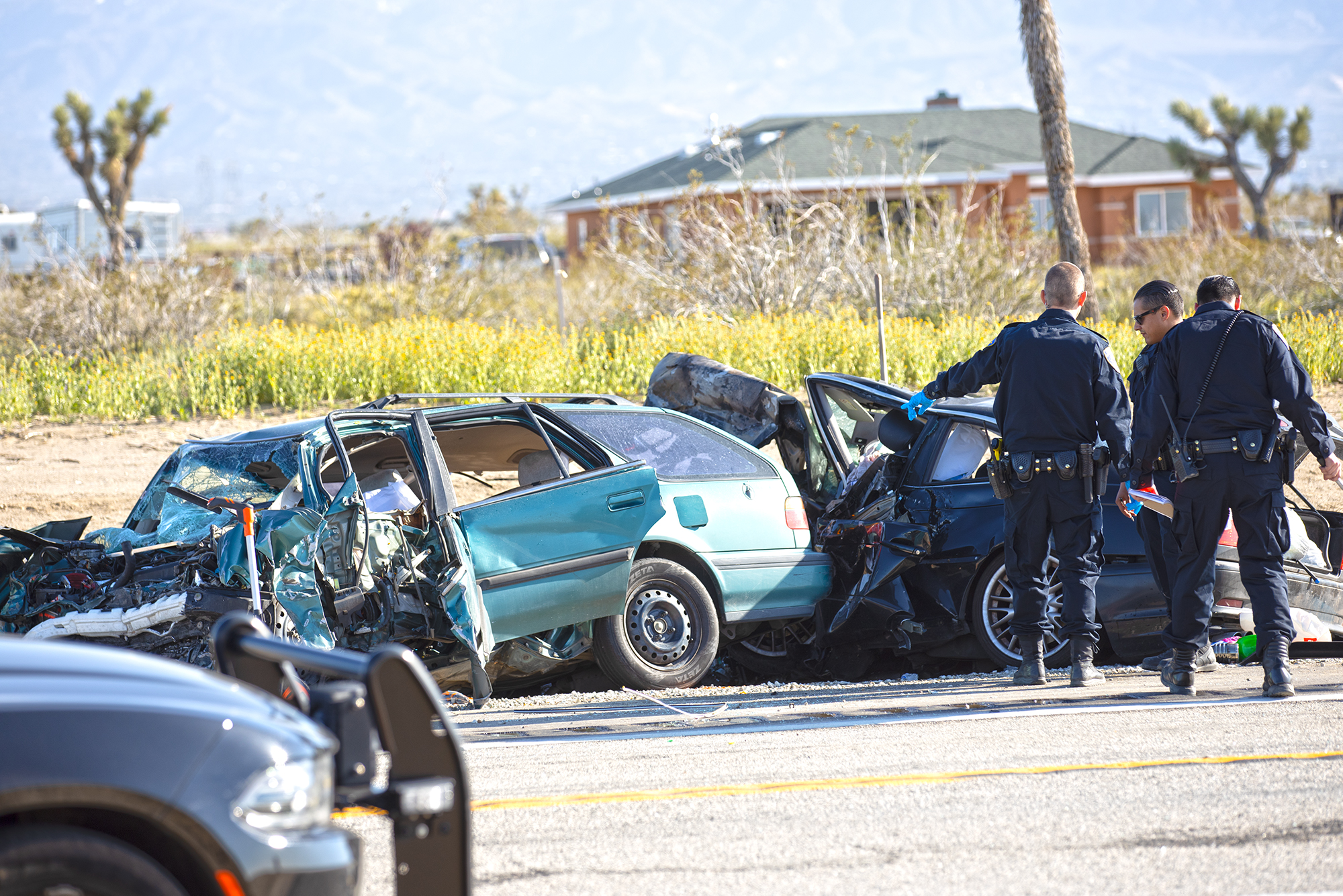 The collision was reported on April 16th at 4:03 p.m. on Palmdale Road west of Sheep Creek Road and involved a black 2002 BMW and a 1993 green Honda Accord hatchback.

According to the California Highway Patrol incident logs, one of the vehicles erupted into flames and a Good Samaritan driving a water tanker stopped and helped extinguish the fire. Other people who stopped attempted to help with a fire extinguisher.

San Bernardino County Firefighters arrived within about 10 minutes and declared three people deceased upon arrival. There were no survivors in either vehicle.

A witness said he was traveling westbound and one of the involved vehicles was attempting to pass him into oncoming traffic when the collision occurred.

The witness told VVNG he only heard the crash but didn’t see it.

“I can’t even remember the color of the car that was trying to pass me,” the witness told VVNG. “It happened so fast, and then you have this little hill that makes it even harder to see.”

Both east and westbound lanes of Palmdale Road were shut down between Sheep Creek and Amarillo Roads for about an hour while CHP officers investigated.

According to a California Highway Patrol news release, a female driver was driving the Honda along with an adult female passenger and a second female was driving the BMW. For reasons still under investigation, one of the vehicles involved was traveling the wrong way, and directly into the. path of the approaching vehicle and caused the. head-on collision.

CHP officials said alcohol or drugs are not suspected to be a factor in the collision. The identity of the deceased will be released pending notification of next of kin by the San Bernardino County Coroner’s Office.

Anyone with information about the collision is asked to call Officer R. Tighe at the Victorville CHP office 760-241-1186.