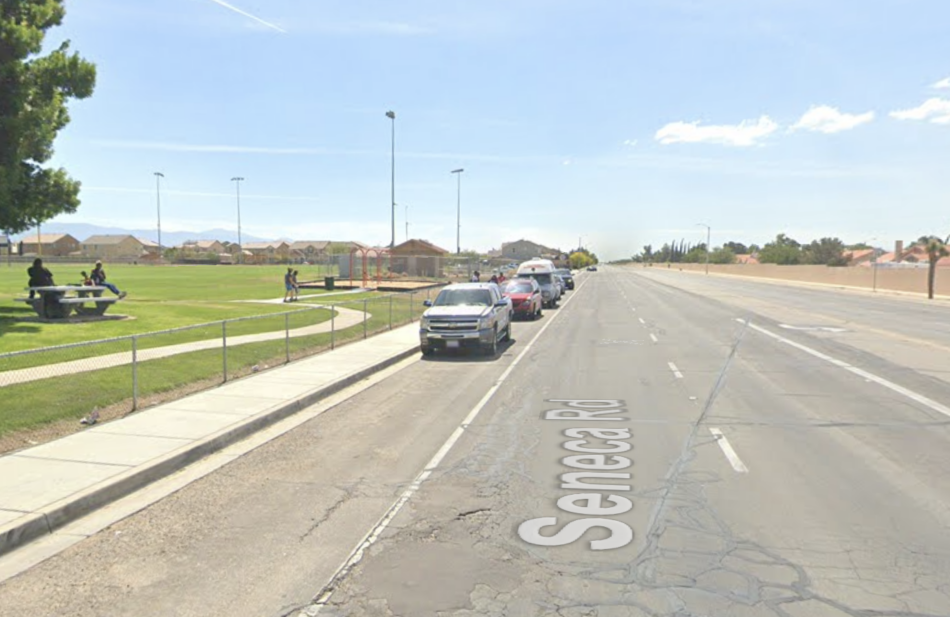 ADELANTO, Calif. (VVNG.com) — The Victor Valley Sheriff’s Station is asking for help in identifying the suspects responsible for the armed robbery of three male juveniles.

On Saturday, December 10, 2022, at approximately 1:49 pm, the victims were walking westbound on Seneca Road from Desert Trails Park when they were stopped by a Hispanic male driving a gray two-door vehicle.

According to a sheriff’s news release, the suspect held a black shotgun out the car window and ordered the juveniles over to the vehicle. “The driver, and a passenger in his vehicle, ordered the victims to hand over their jewelry and cell phones,” stated the release.

The suspects then left the area and the three juveniles between the ages of 14 -16-years-old ran to a nearby residence to call 911.

Suspect #1 is described as a Hispanic male adult, 18-20 years old, with a full beard and light complexion. He was last seen wearing a red hooded sweatshirt with a white logo, and pajama pants.

Suspect #2 is described as a Black male juvenile, 16-17 years old, with medium-length hair and a dark complexion. He was last seen wearing a black sweater and black sweats.