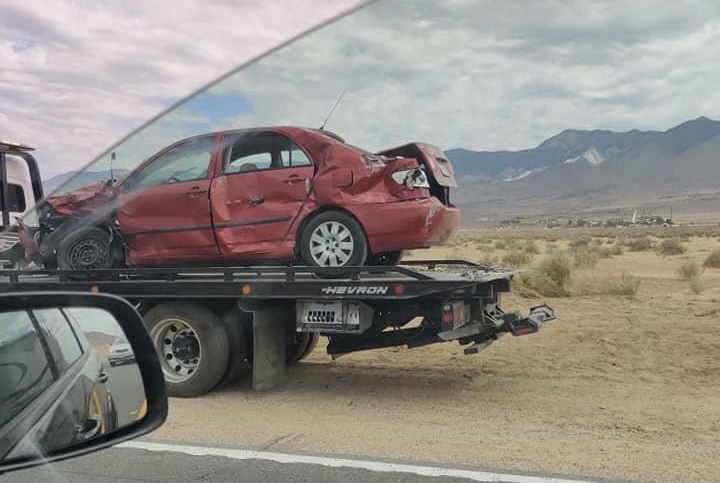 LUCERNE VALLEY, Calif. (VVNG.com) — Three people including an infant were injured when a motorhome and a sedan crashed in Lucerne Valley.

According to the California Highway Patrol incident logs, a motor home and red 4-door Toyota sedan were involved in a t-bone collision and were blocking the eastbound lanes of the highway. The sedan was reported to have major side damage and the RV had major front-end damage.

San Bernardino County Firefighters responded to the crash and reported three people trapped, including an infant in a car seat. A request for an airship was cancelled and all three of the patients were transported by ground ambulance to St. Mary’s Medical Center.

Emergency personnel cleared the scene at about 3:00 pm. The cause of the crash is under investigation by CHP.