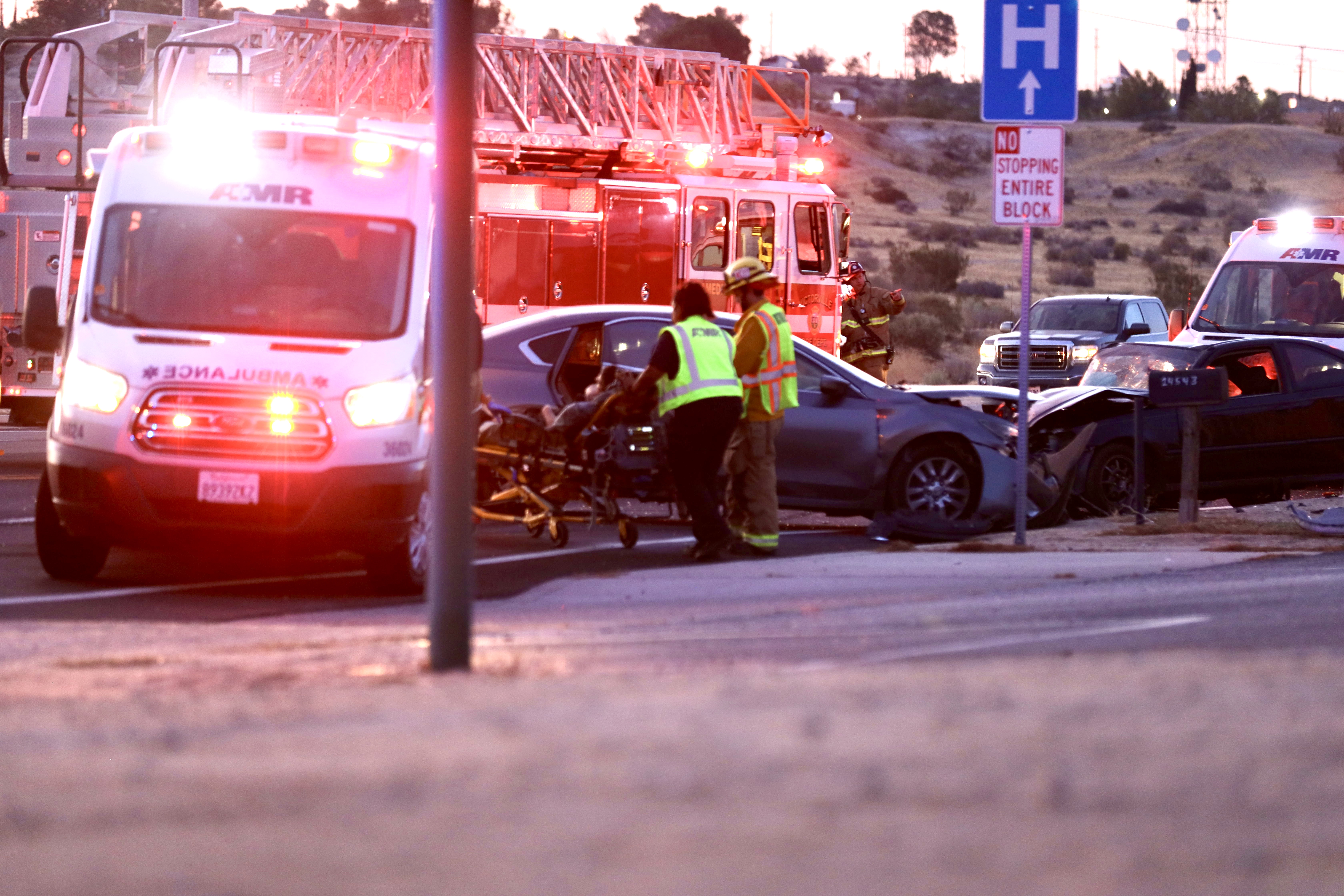 Victorville City Fire requested three ground ambulances to respond. Three people were transported to various hospitals and all were reported to be in stable condition, scanner traffic reported.

Northbound traffic was temporarily diverted onto Seneca Road while first responders conducted the investigation and cleared the roadway.