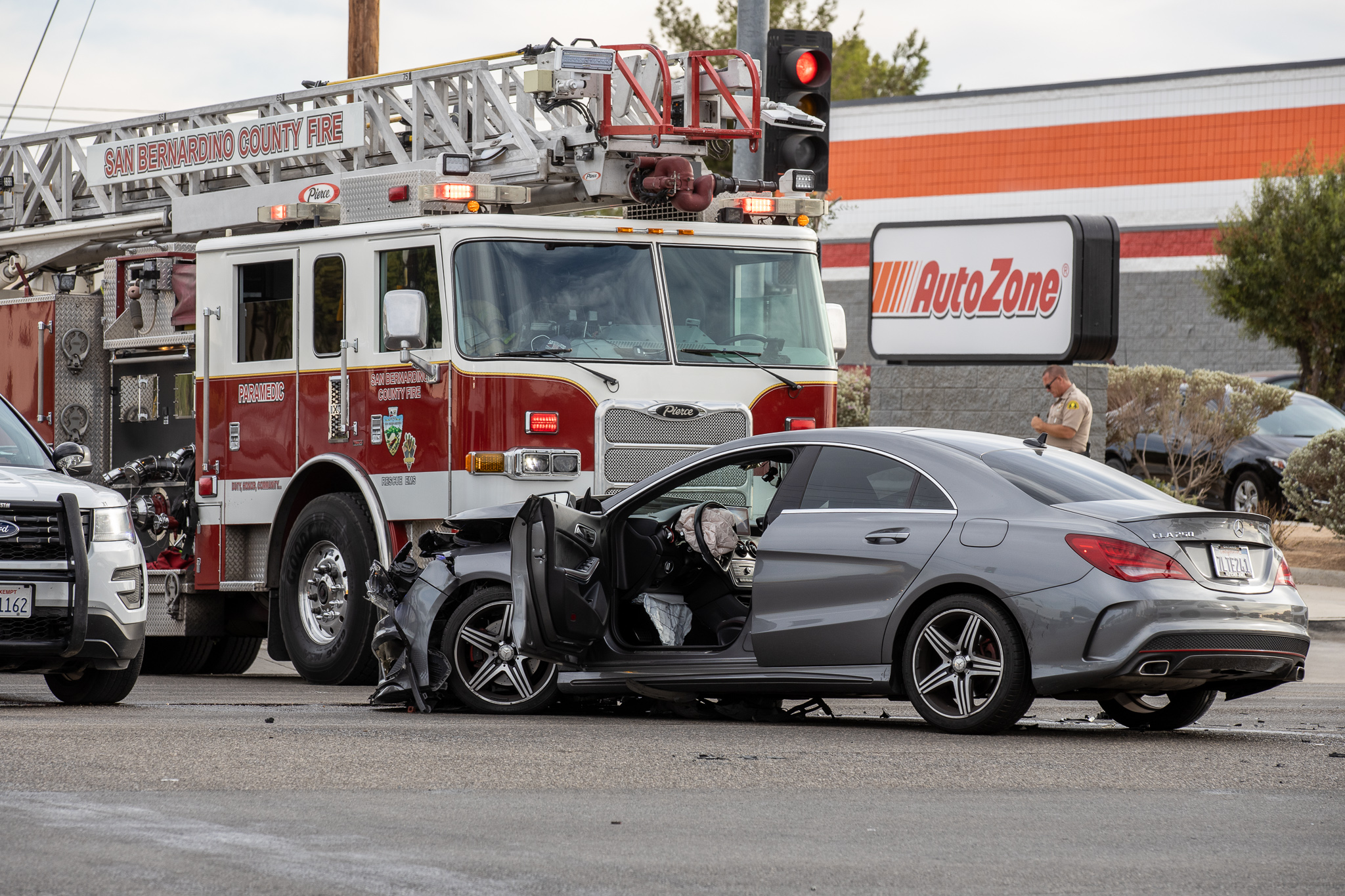 It happened at about 4:35 pm on September 15, 2019, at the intersection of Bear Valley Road and Balsam Avenue in Victorville.

The crash involved three vehicles, a 2015 Mercedes-Benz, GMC Yukon, and a GMC Arcadia.

Sheriffs spokeswoman Mara Rodriguez said the driver of the Mercedes was traveling west on Bear Valley Road and failed to stop for the red light at the intersection with Balsam and collided with a GMC Yukon and a GMC Acadia, who had been traveling south on Balsam.

Only minor injuries were sustained and the three occupants of the  Yukon were transported to a local hospital for treatment.

Bear Valley Road was backed-up in both directions for several hours as a result of the crash.

On September 1, 2019, at about 12:38 am a young doctor identified as Markell Lakeith Trinh, 37, of Apple Valley, was killed at the same intersection. The official cause of the fatal crash remains under investigation by the Victorville Police Department.