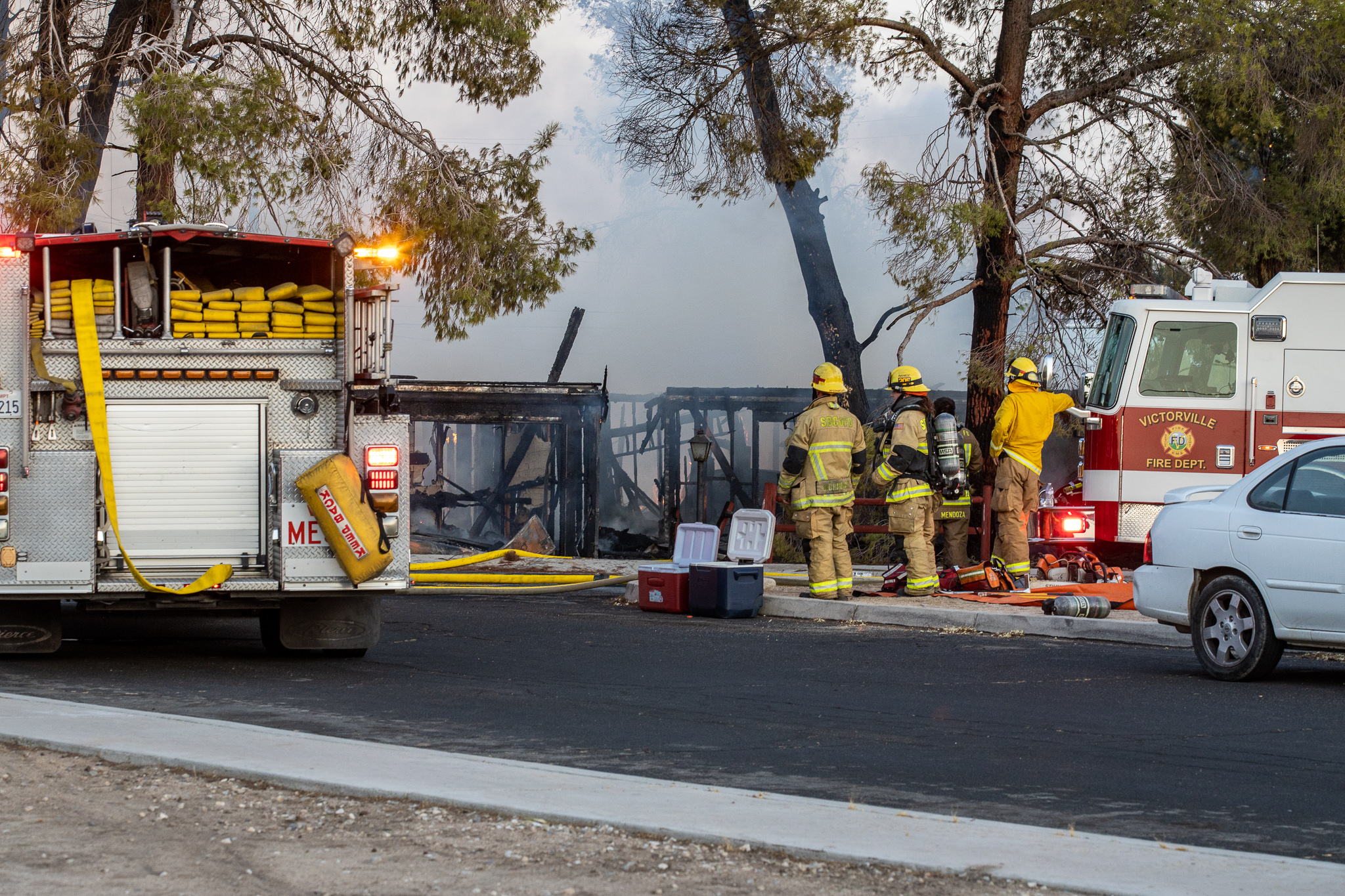 VICTORVILLE, Calif. (VVNG.com) — A raging fire inside a vacant boarded-up home located in a culdesac quickly spread to several other homes and nearby vegetation in Victorville.

Due to the immediate structure threat and strong northern winds, a second-alarm response was called prompting additional resources from San Bernardino County Fire, Cal Fire, and Apple Valley Fire to respond and assist.

The fire created a huge plume of dark smoke to billow into the air, making the fire visible from around the Victor Valley and even motorist traveling along the I-15 corridor.

The wind-driven flames were pushed into large pine trees and even started a couple of spot fires in vegetation away from the original fire.

Miriam Sanchez, a neighbor from across the street was sitting outside when she noticed the smoke and flames. Without any hesitation, Miriam said she ran over to the homes and started knocking on peoples doors and alerting them to the fire.

“A lady in her 90’s was in the middle house by herself and she had no idea there was a fire. We helped get her out to safety,” stated Sanchez.

Officials said the fire was under control within 2 1/2 hours and two firefighters were treated for heat exhaustion. A total of three homes were damaged in the fire. Officials said the home located farthest to the north had mild damage to its roof, the middle home sustained heavy damage including an attic fire and the third home was a total loss.

“This is the neighborhood where I raised my kids and where they and my family still live today. I can tell you as a mom seeing this is heartbreaking,” stated Robin Wilson-Walpole. “My family’s home was spared and am so happy to report that the neighbors came together and helped one another instead of just standing and watching.”

Neighbors told VVNG firefighters were called to the same home in October for a house fire that also caused major damages. According to residents, the vacant home has been an ongoing issue with squatters and transients.

The official cause of the fire is under investigation.

An investigator from the San Bernardino County Sheriff’s Bomb & Arson was requested to respond to the scene, scanner traffic reported.