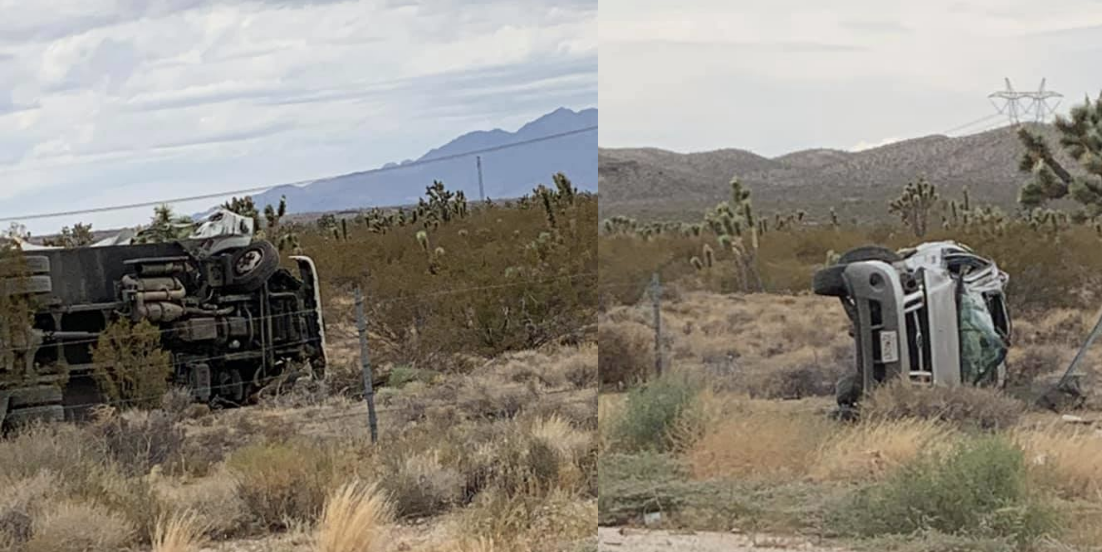 It happened on September 16, 2019, at approximately 11:53 a.m., on the southbound 15 freeway, two miles past Cima Road, in the unincorporated community of Nipton located within San Bernardino County.

The crash was reported as a head-on wreck in the Valley Wells rest area.

Per scanner traffic, three people were declared deceased at the scene.

CHP officials confirmed Monday afternoon that a 31-year-old male, from El Cajon, CA, was driving a 2002 Ford Explorer northbound on Interstate 15, in the #1 lane, north of Halloran Summit Road, at an unknown rate of speed, with a 25-year-old female passenger and a 1-year- old juvenile passenger.

“For reasons still under investigation, the driver made an unsafe turning movement to the left causing the Ford to leave the roadway and enter the dirt center divider. The Ford crossed the dirt center divider and became airborne as it entered the southbound lanes of Interstate 15,” CHP officials said in a press release.

Authorities said that the Ford collided head-on with a 2011 Isuzu box truck that was being driven by a 38-year-old male, southbound on Interstate 15, in the #2 lane, north of Halloran Summit Road, at an unknown speed.

As a result of the collision, the 38-year-old male driver of the Isuzu and his 54-year-old female passenger, both from Bakersfield, CA sustained fatal injuries and were pronounced deceased on scene by responding emergency personnel, authorities confirmed.

“The 31-year-old driver of the Ford and a 1-year-old male juvenile passenger sustained major injuries and were transported by air to University Medical Center in Las Vegas, NV,” according to the California Highway Patrol.

“The 25-year-old female passenger who was determined to have been unrestrained, sustained fatal injuries in the collision and was pronounced deceased at the scene by responding emergency personnel,” officials said.

The freeway was shut down while two helicopters landed.

Alcohol and/or drugs are not suspected to be a contributing factor in this collision. This collision is currently under investigation by the California Highway Patrol, Barstow Area.