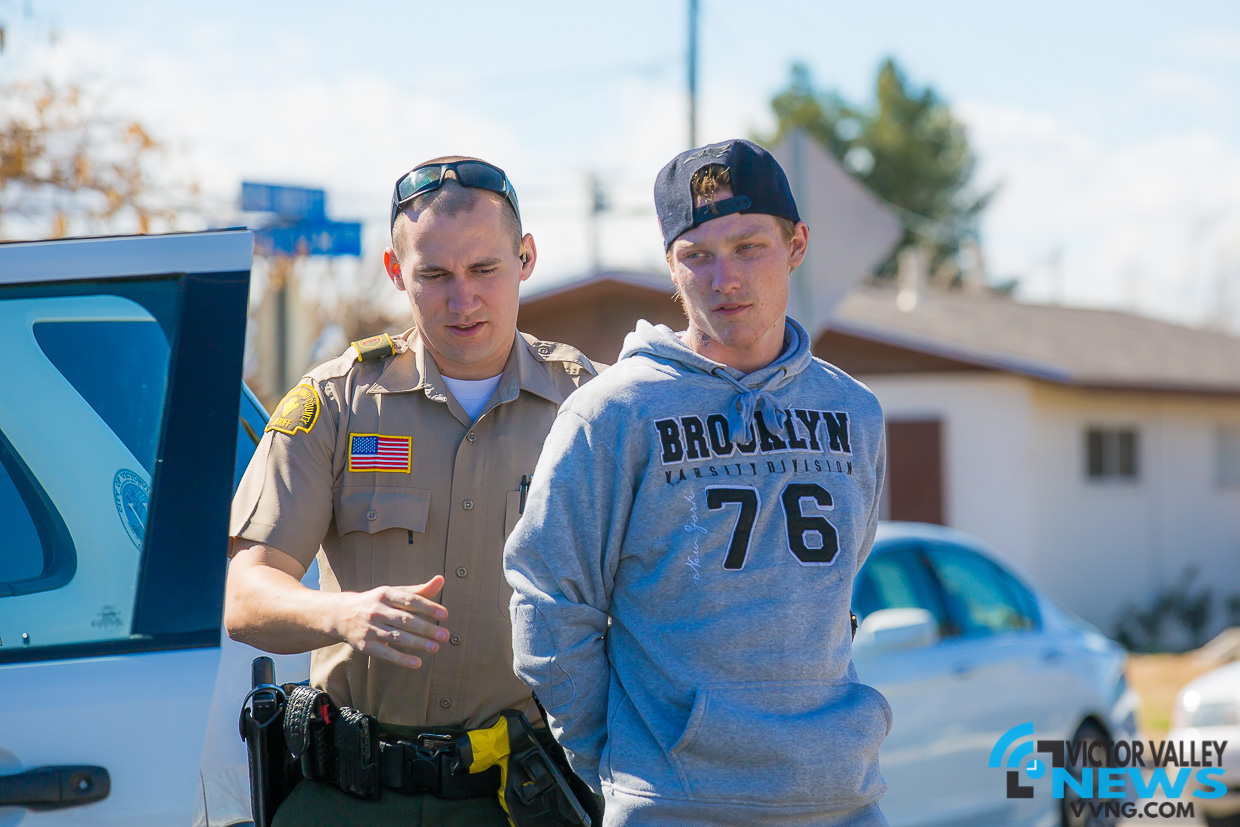 Despite attempts to stop the vehicle, the male driver continued through several residential streets before turning into a dead end on Del Norte Drive, near Tatum Road.

A White male adult foot-bailed from the vehicle and ran towards the Frontier Communications utility yard. Deputy Sanchez chased after the suspect and eventually took him into custody.

“The deputy did a great job, I saw her run after him and she was fast,” stated a nearby resident.

A responding deputy detained the remaining two occupants inside of the vehicle without incident.

“I hope he’s prosecuted to the fullest extent of the law. He was inches from crashing into me with my 4-year-old daughter in the backseat,” stated Victor Valley News member Ashton Riley.

All three suspects were detained and taken into custody and no injuries were reported as a result of the incident.

A female sat in the backseat of the vehicle after she was detained. (Gabriel D. Espinoza, Victor Valley News)