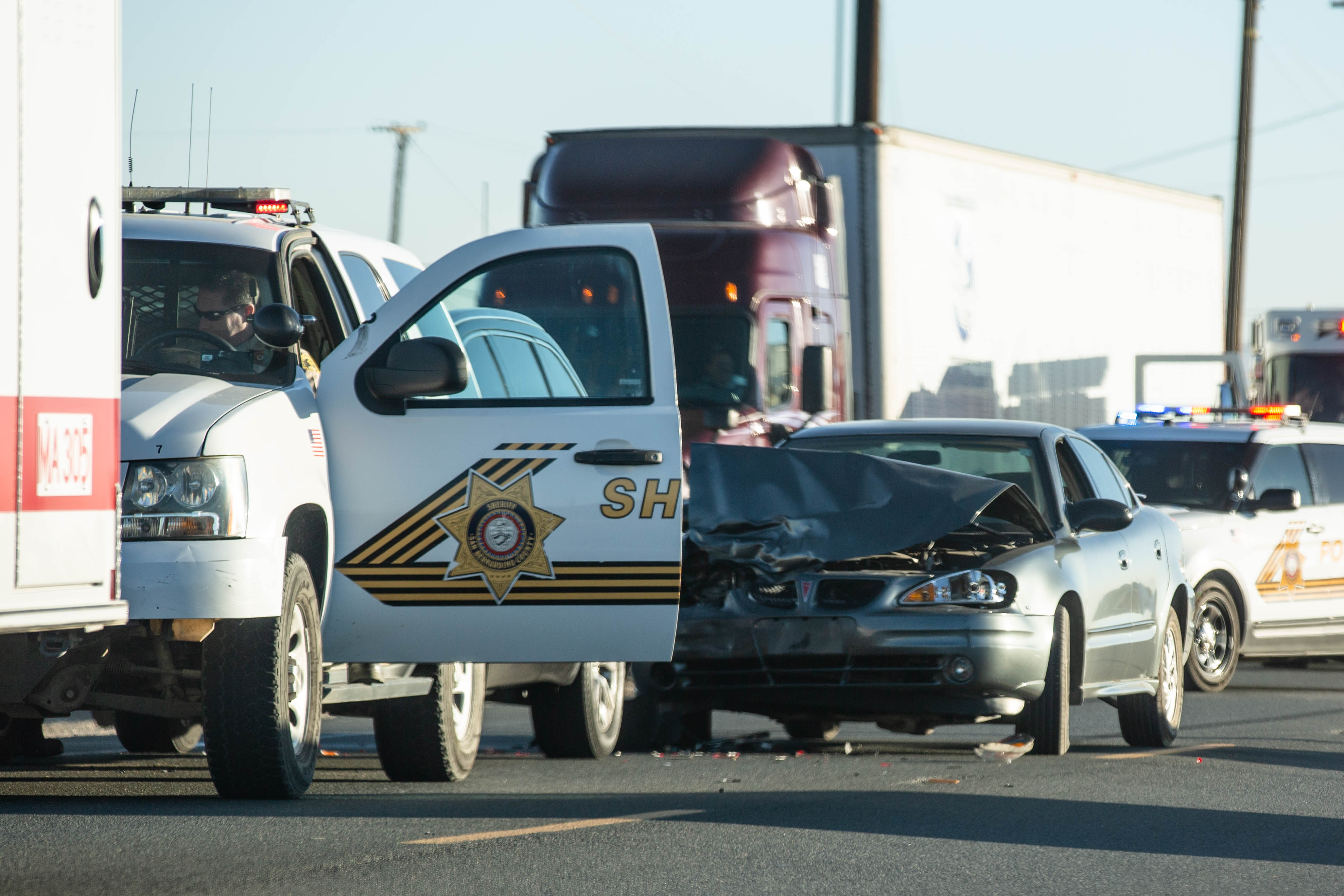 It was reported just before 3:30 p.m. on Highway 395 and Yucca Terrace Drive in the city of Hesperia.

A San Bernardino County Sheriff’s patrol unit, a midsize SUV, and a 4-door sedan were traveling northbound when the crash occurred.

The crash disrupted traffic, however, no serious injuries were reported by the officer or the occupants of the vehicles.

Northbound traffic was detoured onto Yucca Terrace Drive while officials investigated the cause of the crash.