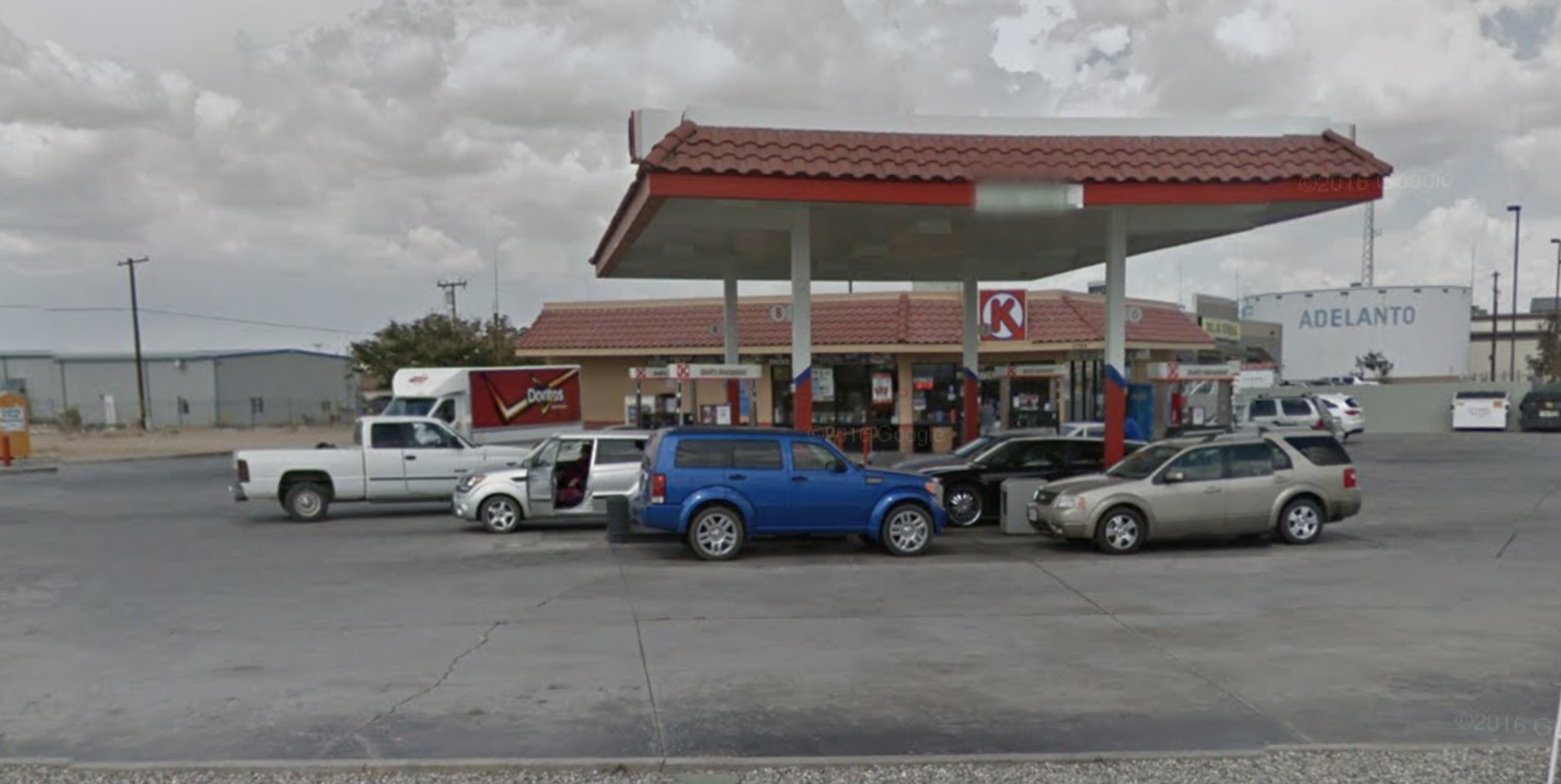 ADELANTO, Calif. (VVNG.com) On March 25, 2017, Steven Wooley, 25, a resident of Los Angeles, called to report he had just been robbed at gunpoint at the Circle K gas station, 11724 Air Expressway in Adelanto.

Carol Soltani, 63, and Nelson Norris, 56, both residents of Adelanto gave him a ride to Stater Bros where he provided his statements to deputies as to how he was robbed. Soltani and Norris provided corroborating statements to support Wooley’s robbery allegations. Soltani told deputies when Wooley described the suspects to her, she recognized them and provided deputies with their information. Wooley later positively identified Ryan Krchma and Vanessa Romero as the suspects who robbed him at gunpoint.

Deputy Michael Battisti conducted a follow up investigation and collected the video surveillance footage of the incident at the Circle K. Upon reviewing the surveillance video, Wooley was not on the video. Deputy Battisti re-interviewed Wooley at High Desert Detention Center where he was currently incarcerated for outstanding warrants. Wooley changed his statement and said he was at the Circle K at a completely different time when Ryan Krchma and Vanessa Romero asked him if he was interested in purchasing methamphetamine. Wooley declined the offer but asked for a ride to Los Angeles. Prior to going to Los Angeles, they went to Carol Soltani and Nelson Norris’ residence, where Wooley eventually fell asleep. Wooley woke up and realized Krchma and Romero stole his backpack from inside Soltani’s residence while he was sleeping and left the residence.

Wooley desired to call law enforcement to report the theft, but Soltani and Norris told him they did not want Deputies at their residence and did not allow him to file a complaint. The three conspired a false robbery report and drove to Stater Bros to report it. Subsequently, Steven Wooley, Carol Soltani, and Nelson Norris were all arrested for conspiracy and filing a false police report. The investigation is continuing into robbery allegations against Krchma and Romero.

Anyone with information regarding this crime is urged to contact Dputy Michael Battisti at the Victor Valley Sheriff’s Station at (760) 552-6801. Persons wishing to remain anonymous can report information to WeTip by calling 1-800-78-CRIME, or by accessing the website at www.wetip.com.