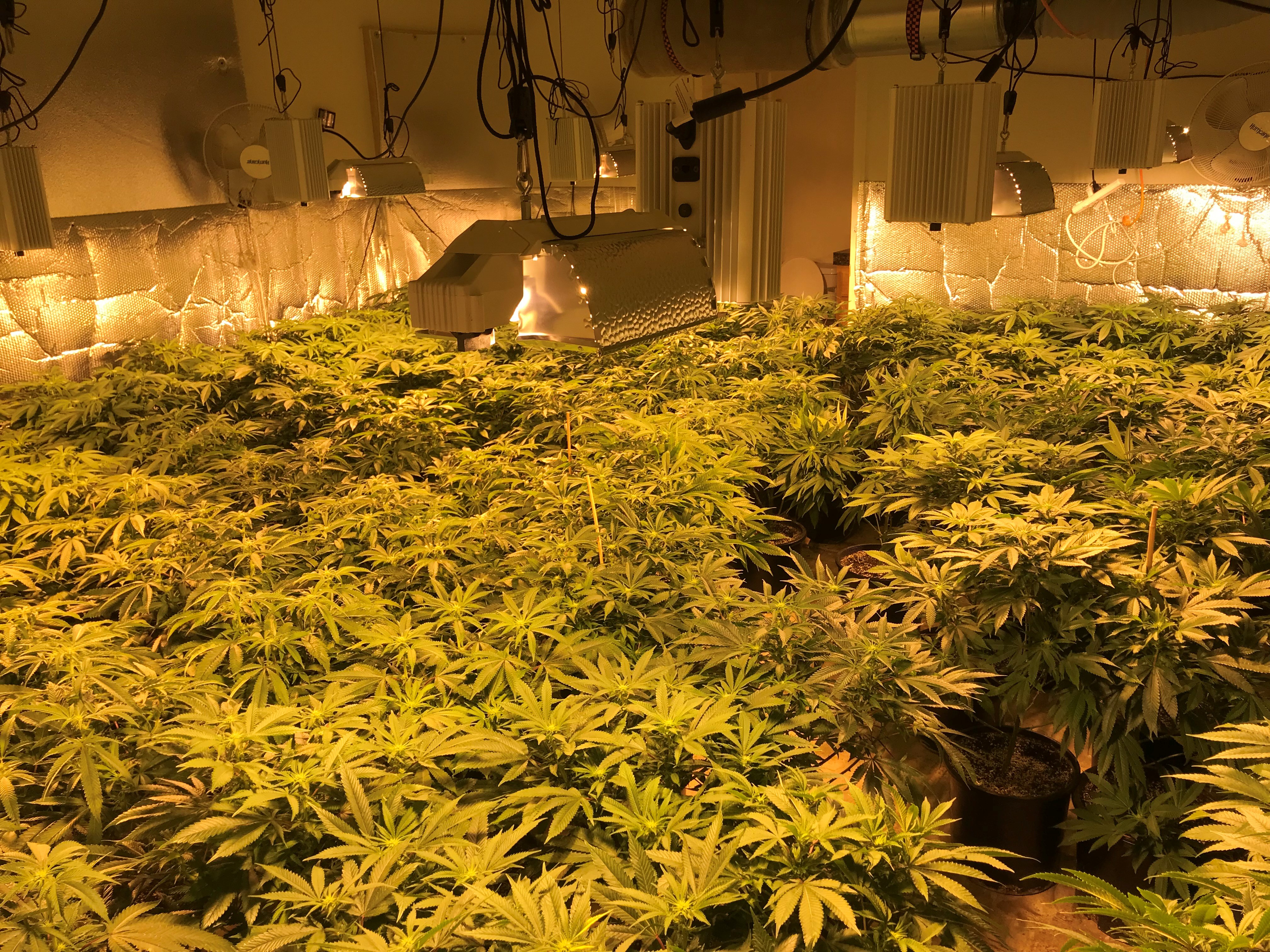 On Friday, January 11th, beginning at approximately 7:00 a.m., investigators from the Sheriff’s Gangs/Narcotics Division – Marijuana Enforcement Team (MET), in cooperation with detectives from the Apple Valley Station, served five search warrants at residences in the Town of Apple Valley, authorities said in a press release.

“Four of the five locations had marijuana grow operations that used advanced lighting, air conditioning, fans, exhaust blowers air filtering systems to control the climate inside the residence, as well as the odor of marijuana coming from them.,” officials said.

The fifth house did not have plants, but authorities found a disassembled grow operation in the garage.

Southern California Edison (SCE) will be investigating the theft of electricity that investigators discovered at one of residences.

“The extreme measures used to illegally grow marijuana endangers the public living nearby. An electrical short caused by the unpermitted electrical wiring most likely would have resulted in an explosion or fire in the residential community, causing possible injuries,” police said.

The electrical power was disconnected by SCE and the residences were “red tagged” as unsafe to occupy.

The three suspects arrested were booked at the High Desert Detention Center on charges Cultivation of Cannabis; over six plants.

Apple Valley has an ordinance prohibiting Commercial Cannabis Activity, which includes growing more than six marijuana plants at a residence. Additionally, the suspects did not obtain a business license from the Town of Apple Valley, nor did they have a license from the State of California to cultivate cannabis. Personnel from the Apple Valley Code Enforcement Division responded to begin their investigations.