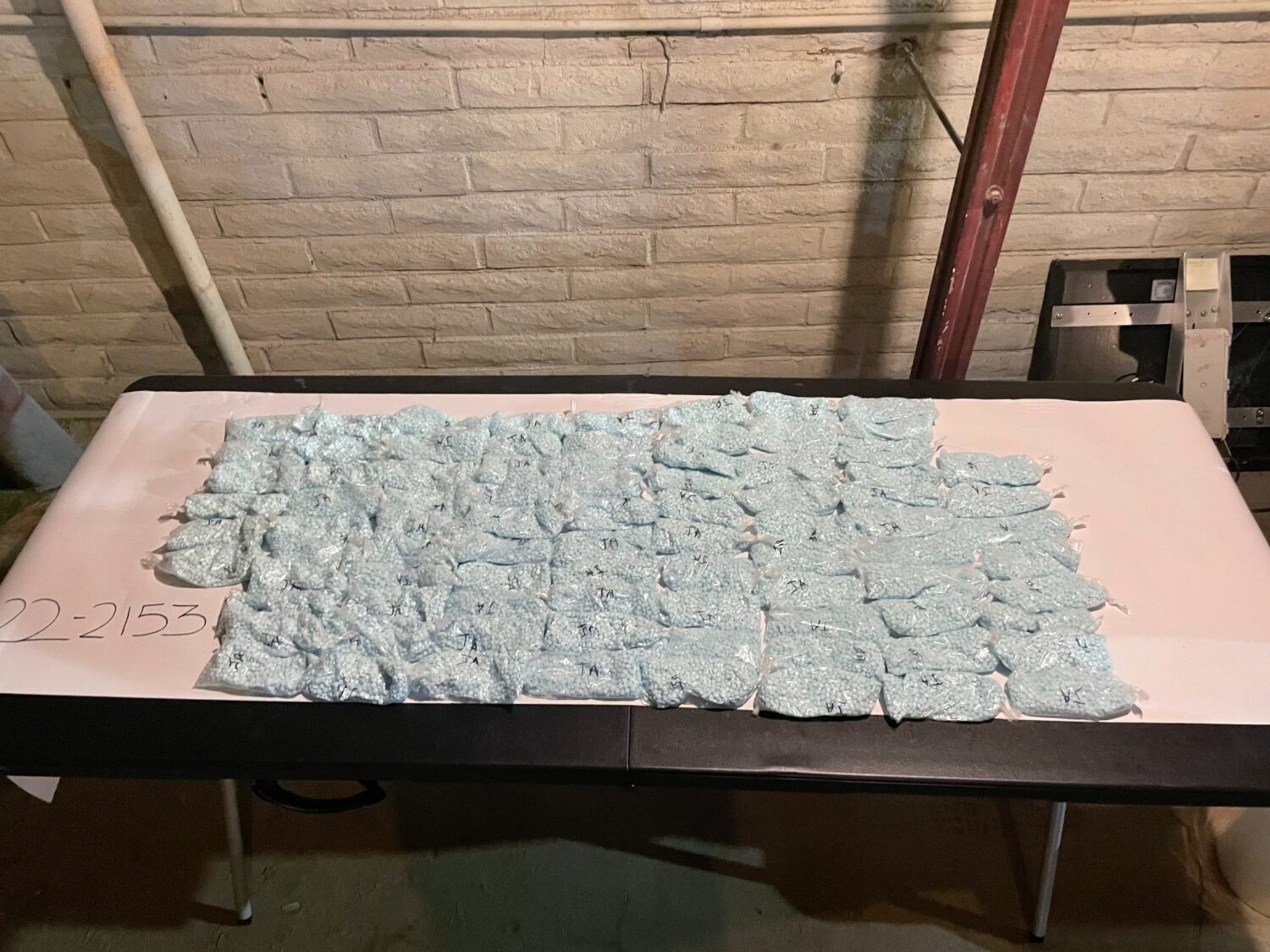 The sheriff’s detective provided information about a load of Fentanyl coming through Barstow.

The detective provided a description of the suspect’s vehicle, a red 2014 Toyota Camry, and the license plate number. He informed the sergeant that the vehicle was in route to Barstow via the I15 Northbound freeway.

Officers conducted surveillance of all the NB I-15 exits within the City of Barstow. On June 30, 2022, at approximately 12:21 A.M., officers spotted the red Camry exiting the I-15 at Highway 58 and conducted a traffic enforcement stop.

The officers identified the driver as 27-year-old Oscar Josue Hernandez Escoto and the two passengers as 36- year-old Jose Raul Hernandez Avila and 24-year-old Osman Dominguez. All three told officers that they were from Honduras.

Officers obtained a search warrant to conduct a thorough search of the vehicle. Officers located approximately twenty (20) pounds of blue Fentanyl pills packaged in plastic bags. Detectives estimated the street value of this quantity of Fentanyl at $350,000.

Anyone with information regarding this investigation may contact Officer Moises Contreras at (760) 256-2211 or at mcontreras@barstowca.org.

Stabbing investigation underway at the Riverton Apartments in Victorville