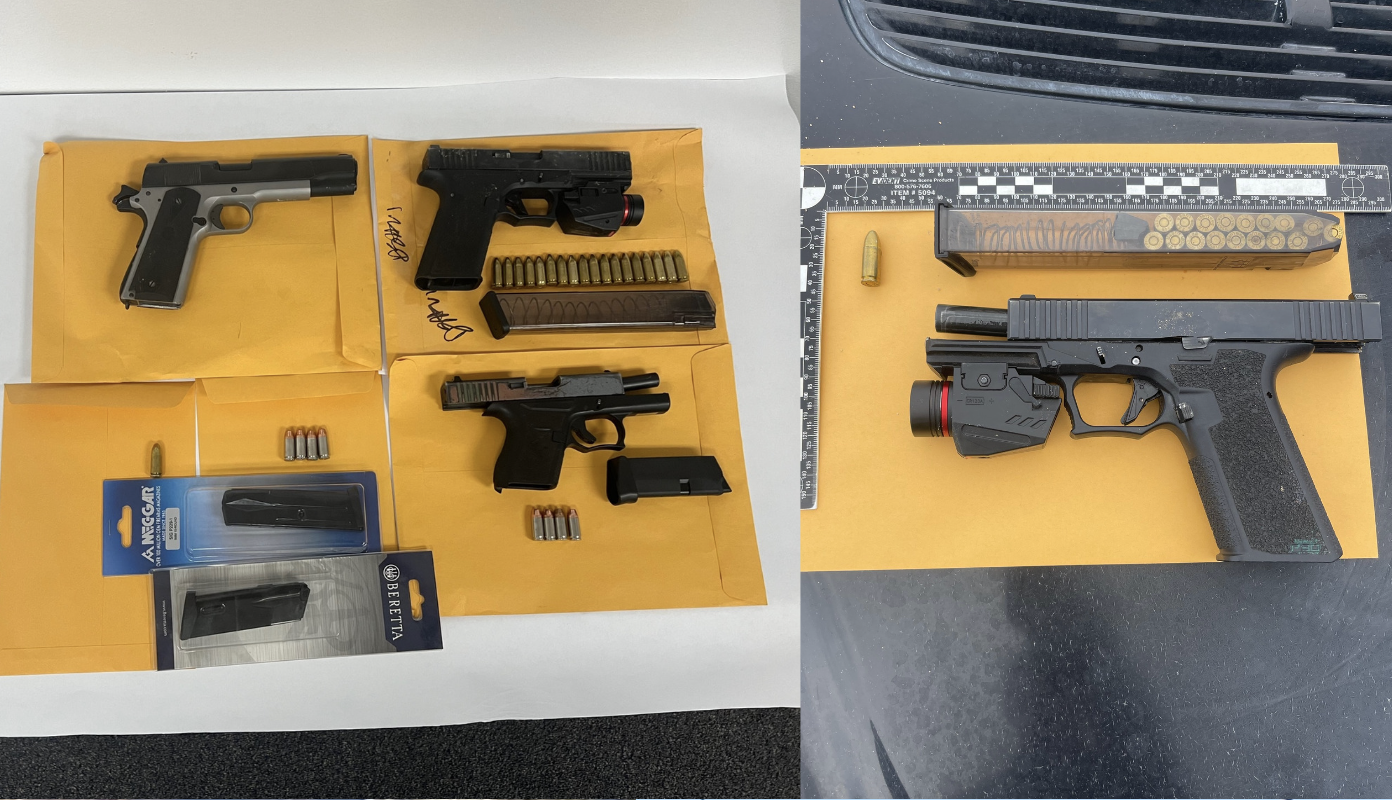 BARSTOW, Calif. (VVNG.com) — Three people were arrested on various charges after a shooting investigation at a home in Barstow.

On December 12, 2022, at approximately 2:24 a.m., Barstow Police dispatch received a call for service regarding a shooting at a residence in the 1300 block of Mesa Drive.

Officers responded and contacted the victim and learned a physical altercation occurred between a male, who was later identified as 23-year-old Barstow resident, Andy Navarro, and a female at a nearby residence.

When the victim tried to intervene, Andy Navarro, and his brother, 19-year-old Barstow resident, Alexis Navarro, shot at the victim.

Shortly after, a male subject associated with Andy Navarro and Alexis Navarro, identified as 51-year-old Barstow resident, Alexander Lira, arrived at the location. Lira pointed a handgun at the victim and the victim’s family members and made threats to kill them.

A records check revealed Alexis Navarro and Lira were convicted felons and prohibited from possessing firearms and/or ammunition.

Alexis Navarro was booked at the San Bernardino County Sheriff’s Department High Desert Detention Center for PC 664/187 (a) – Attempted Murder and PC 30305 (a) (1) – Prohibited Person in Possession of Ammunition.

Anyone with information regarding this investigation may contact Detective Austyn Willis at (760) 255-5186 or at awillis@barstowca.org. Those wishing to remain anonymous may also provide information by calling the WE-TIP hotline at 1-800-79-CRIME (27469) or by going to www.wetip.com.

Victorville Father Cited For Child Neglect After Kicking Out Son, 17, From Home