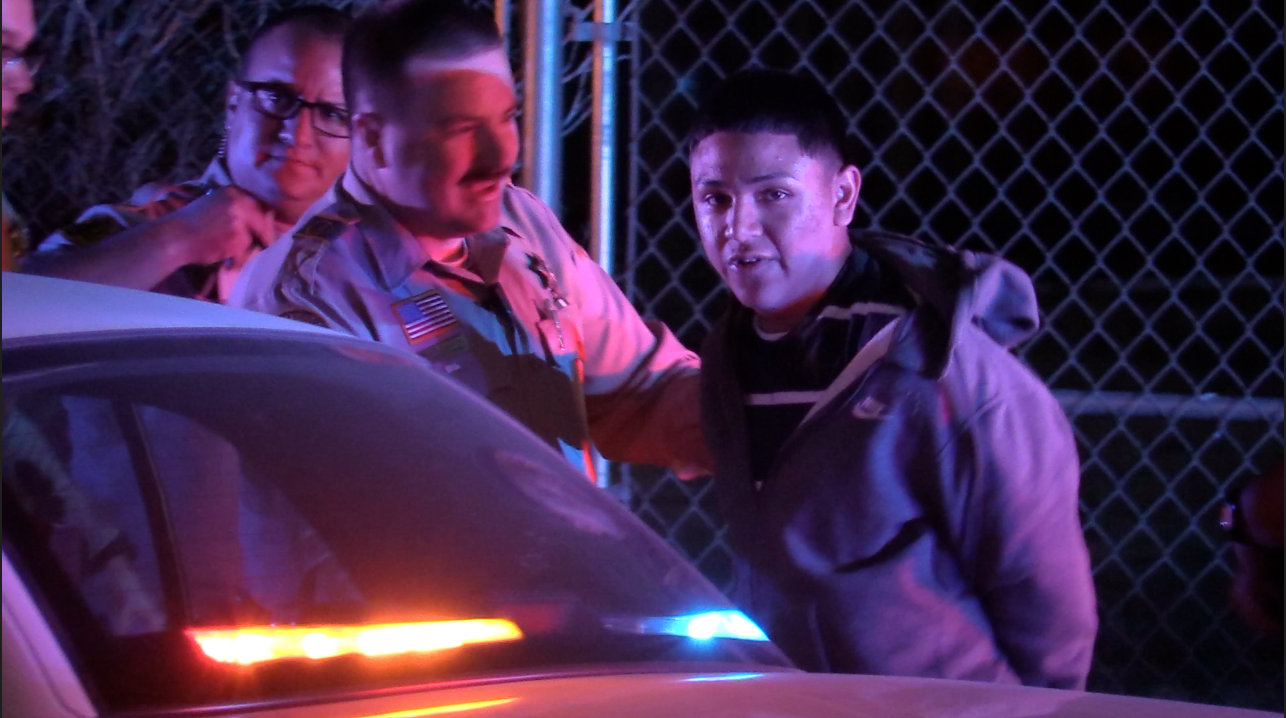 According to authorities, the driver, a 16-year-old male, was arrested and booked into High Desert Juvenile Detention Center for possession of a stolen vehicle and evading a peace officer.

The two passengers both 15-years-of age were released to the custody of a relative.

VICTORVILLE, Calif. (VVNG.com) Three suspects were detained after leading deputies on a high-speed pursuit while in a stolen vehicle.

On Wednesday, April 12, 2017, at around 7:20 p.m., deputies were dispatched to the Shell gas station on Highway 395 and Bear Valley Road for a stolen vehicle spotted at the location.

A person who called dispatch said they reported their vehicle stolen three days prior and saw the suspects fueling up their stolen car.

The vehicle, occupied by three Hispanic males, then left the gas station and was located by a deputy who attempted to make a traffic stop.

A high-speed pursuit began after the vehicle failed to yield, traveling at speeds in excess of 80 MPH through residential neighborhoods.

The pursuit ended at Happy Trails and Mesa Street in Victorville when the driver lost control of the vehicle, jumped the curb, and hit a parked BMW.

A foot pursuit ensued through the yards of several houses after the driver of the car fled.

“I was eating dinner and looked up and saw a man kicking my dog in the backyard,” said Robert Zuniga, 30, of Victorville.

Zuniga said he ran outside and saw the man hiding behind bushes. Zuniga chased the man and assisted deputies with locating him.

All three suspects were arrested.

The pursuit ended when the suspects jumped a curb and hit a parked BMW. (Hugo C. Valdez, Victor Valley News)