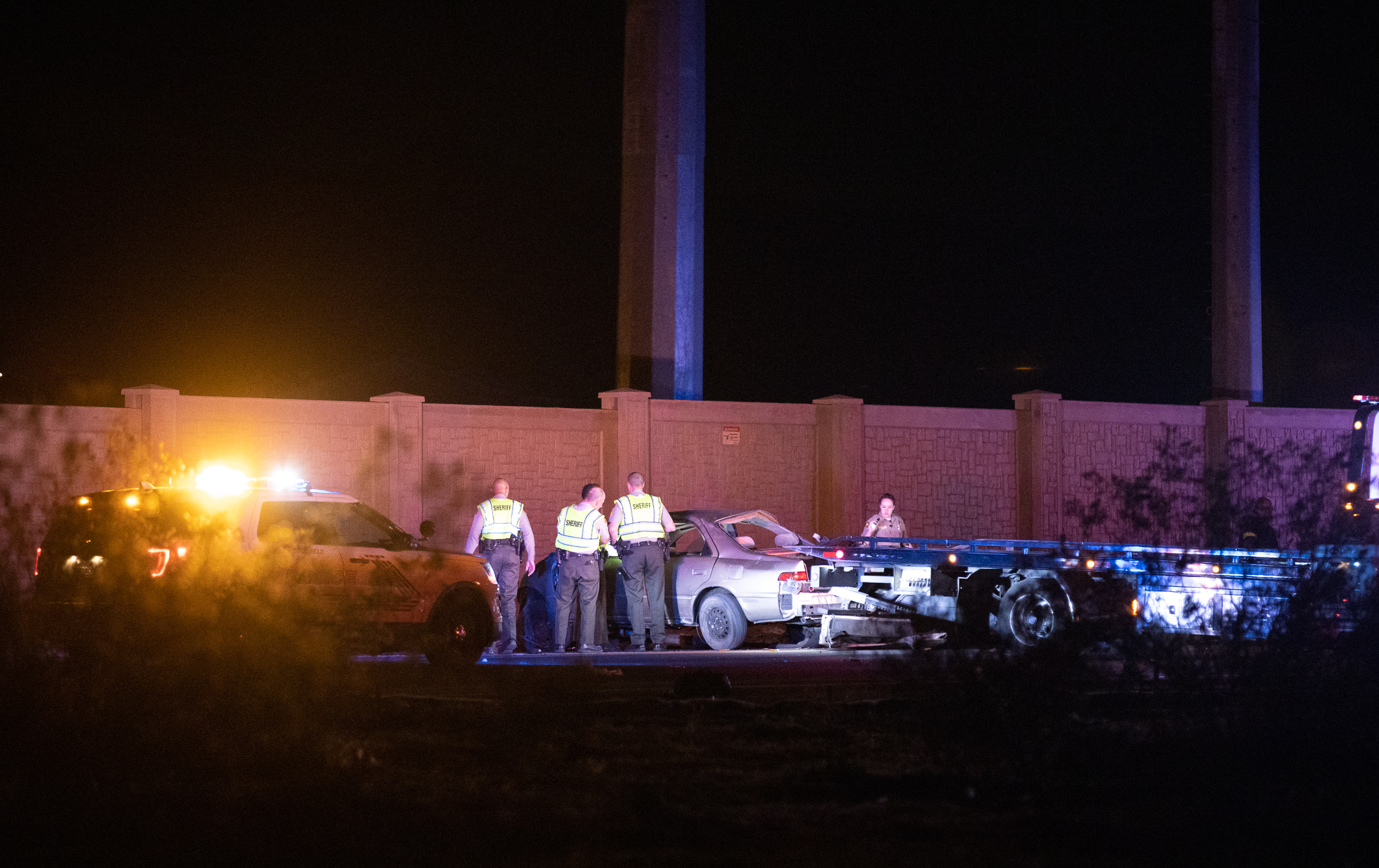 For reasons still unknown, a four-door sedan occupied by three people lost control and crashed into a retaining block wall of an electric substation before landing on its roof.

Scanner traffic reported, two people were ejected from the vehicle and the female driver was restained in her seat.

Video of the accident shared in Victor Valley News Group showed debris scattered across lanes and two people lying in lanes of traffic on Palmdale Road.

Victorville City firefighters arrived on scene and requested three medical helicopters to airlift the patients to out of area trauma centers.

An update on the condition of those injured in the crash was not available Thursday morning.

Palmdale Road between Cobalt Road and Cantina Street was closed for several hours while the helicopters landed at the scene and deputies investigated.