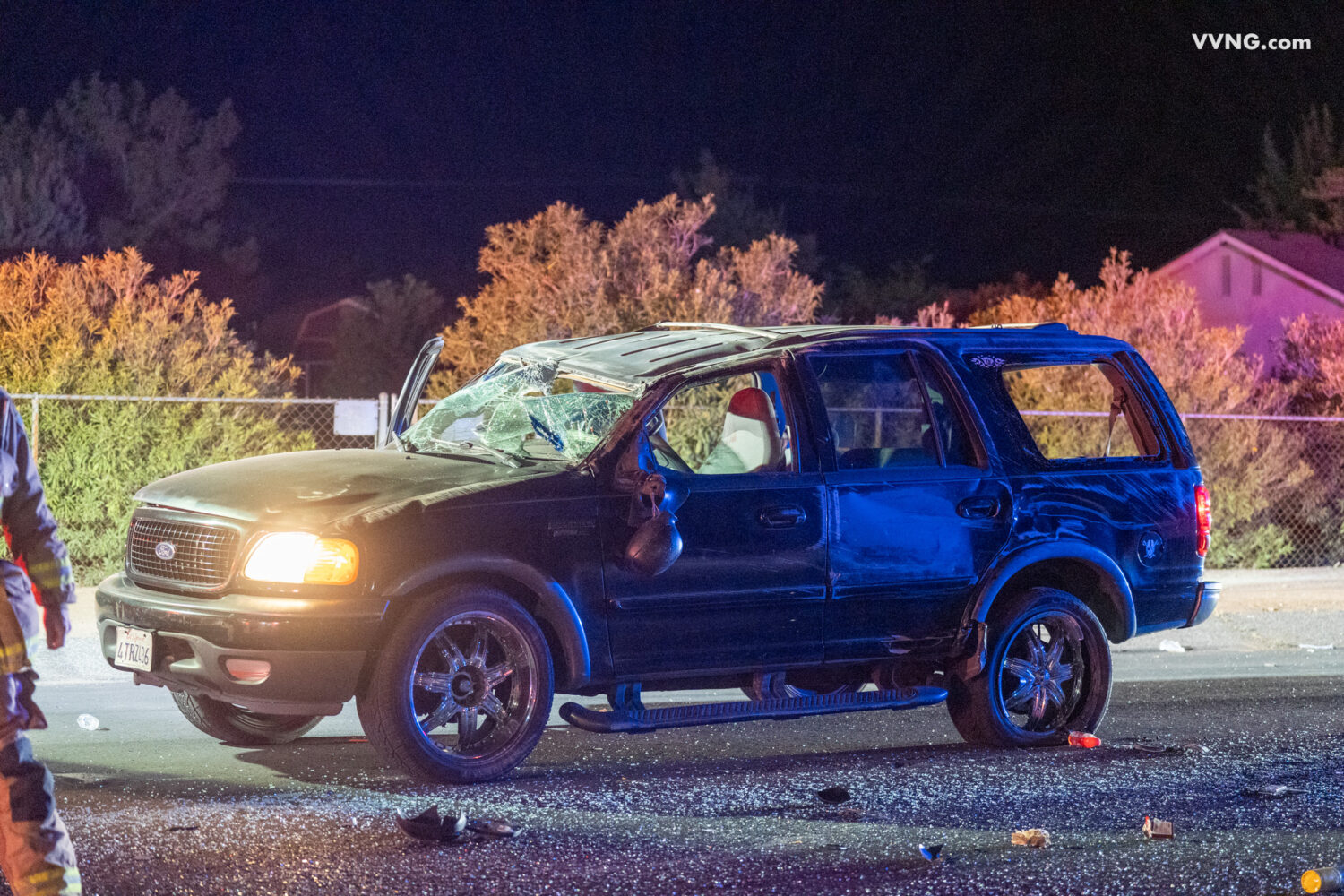 HESPERIA, Calif. (VVNG.com) — Three people were airlifted to trauma centers, and several others were transported to local hospitals after a major injury traffic collision Wednesday night in Hesperia.

It happened at about 8:51 pm, on May 4, 2022, at the intersection of I Avenue and Seaforth Street and involved a dark gray 2001 Ford Expedition and a white 2009 Chevy Silverado.

According to radio traffic, a child was ejected from the SUV.

“We arrived to find a vehicle that had impacted a truck and had rolled over,” stated San Bernadino County Fire Cpt. Jeremy Kern.