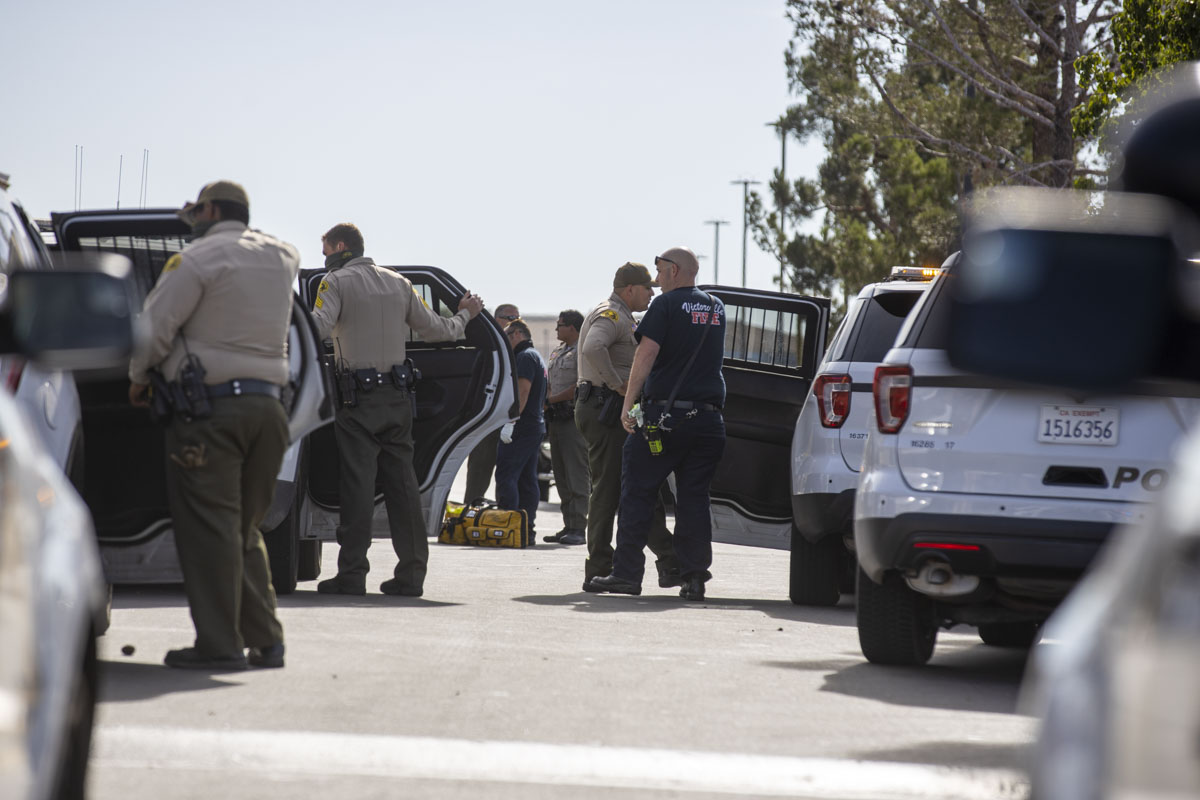 Three adults and one juvenile were arrested for robbery. (Hugo C. Valdez, VVNG.com)

VICTORVILLE, Calif. (VVNG.com) — Three adults and a 12-year-old were arrested for robbery following an assault on a Stater Brothers Manager in Victorville.

At about 4:53 PM on June 28, 2020, deputies responded to the grocery store in the 15200 block of Roy Rogers Drive reference an employee who was being physically assaulted by a group up females.

Through investigation, deputies determined the male victim, a 46-year-old store employee, approached the females and asked to see their receipt as they attempted to leave the store with unpaid merchandise. Sheriff’s officials said the females refused and fled the store.

“When the victim followed, he was physically assaulted by the females,” stated sheriff’s spokeswoman Mara Rodriguez. “In fear for his safety, he attempted to defend himself, however, the females continued; spitting on him, hitting him with their hands, a backpack, and a bag.”

Extensive interviews were conducted with the suspects, the victim, and witnesses at the location. Available surveillance/witness video was also obtained and viewed to aid in the investigation.

Officials said the 12-year-old female was arrested for robbery and released to a family member.

The employee was treated at the scene by personnel from American Medical Response.

The case will be forwarded to the District Attorney’s Office for review and consideration of additional charges.

Anyone with information about this investigation is asked to contact Deputy A. Mata or Deputy B. Moreland at the Victorville Police Department at (760) 241-2911 or Sheriff’s Dispatch at (760) 956-5001. Callers wishing to remain anonymous are urged to call the We-Tip Hotline at 1-800-78CRIME (27463) or you may leave information on the We-Tip website at www.wetip.com.