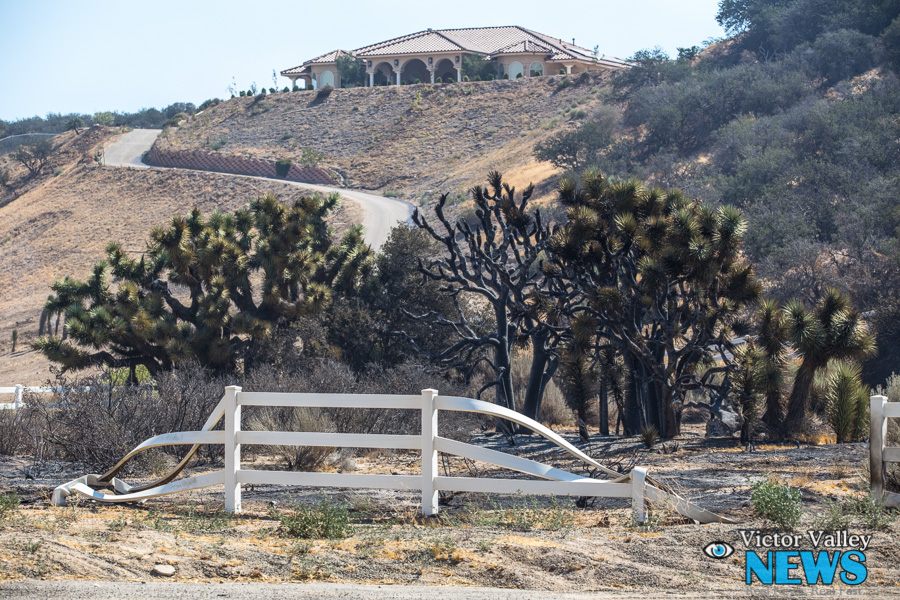 On August 18th, the San Bernardino Sheriff’s Department released the names and photos of three looters caught in the act of stealing from a home within the evacuated area.

As the Blue Cut Fire raged out of control it prompted the evacuation of roughly 34,000 homes and nearly 87,000 people were forced to leave their homes.

As of Saturday, August 20th the number has been updated to approximately 3,198 structures in and around the communities of Wrightwood, Lytle Creek, and the West Cajon Valley area, according to San Bernardino County Fire.

On Wednesday, August 17th shortly after 8:00 p.m. deputies responded to a call of ATV’s in the area of Baldy Mesa and Phelan Rd. Deputies made contact with a male, found to be a convicted felon, on the ATV and found him in possession of a handgun and ammunition. He was arrested for Felon in Possession of a Firearm.

On Thursday, August 18th at 10:52 a.m. deputies saw a truck occupied by two males within the evacuated perimeter in Phelan. A vehicle check was conducted and found the males did not reside in the area and tools consistent with those used in burglaries were found in plain view. Both males were arrested for Possession of Burglary Tools.

‘Our focus is the safety of our citizens and protection of their property. We will fully investigate, pursue and arrest anyone involved in criminal activity and re-victimizing the evacuated residents’, stated Sheriff John McMahon.