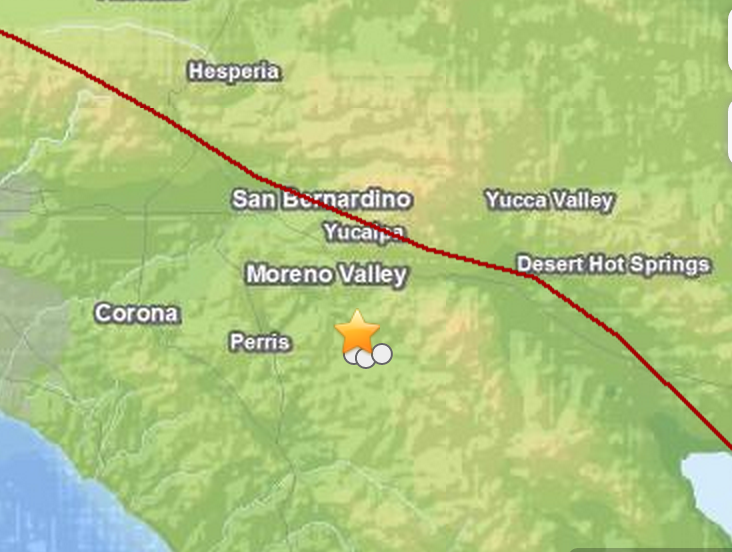 The San Jacinto Fault Zone (SJFZ) is a major strike-slip fault zone that runs through San Bernardino, Riverside, San Diego, and Imperial Counties in Southern California. The SJFZ is a component of the larger San Andreas transform system and is considered to be the most seismically active fault zone in the area. Together they relieve the majority of the stress between the Pacific and North American tectonic plates.

While several of the large earthquakes along the SJFZ have not resulted in significant property damage or loss of life (due to their remote location) the cities of Hemet and San Jacinto were both heavily damaged in two significant events in 1899 and 1918.

Did you feel it?