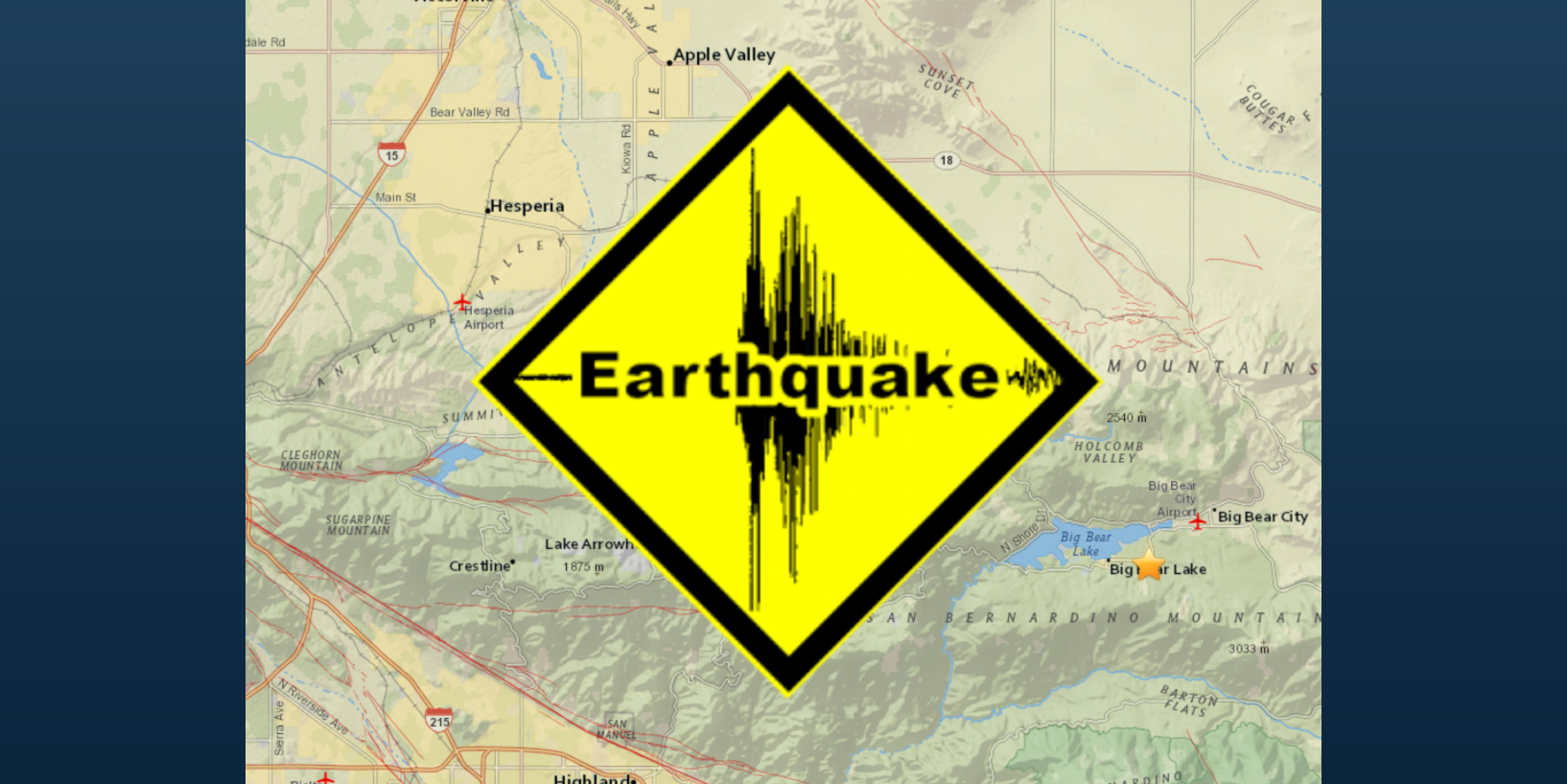 According to the USGS, the quake was initially reported as a 3.7 magnitude but later downgraded to a 3.5.

The epicenter was 2 km east of Big Bear Lake.

Residents in Apple Valley reported feeling the quake described as a ‘small jolt’.

There have been no reports of injuries or damages as a result of the earthquake.

Did you feel it? Comments below and let us know!