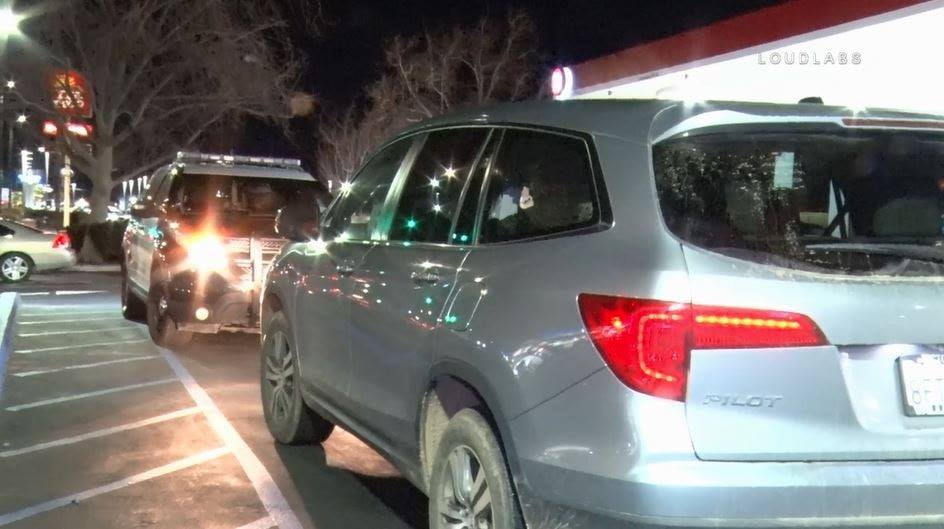 UPDATE 2/10 @ 5:00 pm – The Victorville CHP office has reached out to Victor valley News and concluded that the back window was not shot out by a bullet but was shattered by an object that was 9 inches or bigger.

VICTORVILLE, Calif. (VVNG.com) — Reports of A second shooting on the 15 freeway in just a couple of days has motorist feeling concerned and questioning their safety.

The latest shooting happened on Saturday, February 9, 2019, at about 7:30 pm, near the Palmdale Road off-ramp in Victorville.

California Highway Patrol Officers responded after a blue Honda Pilot SUV had its rear window shattered by a bullet. The driver quickly exited the freeway and called 911. No were sustained in the shooting.

This incident follows a similar shooting along I-15 in the Cajon Pass on Thursday that sent a ten-year-old to the hospital after he was shot in the head while riding in the car with his mom.

The young boy and his family who live in Hesperia is expected to survive and authorities said there was no motive in that shooting.

In a press conference held by CHP on Friday, they did not find evidence suggesting there was road rage or a motive for the incident and asked for any witnesses to come forward.

“I realize how vulnerable we are to an unstable person with a deadly weapon and how during the course of our daily routine we can just be injured or killed. I think the person doing this needs to be caught. If a driver is struck with a stray bullet and an accident is caused many people can die. It’s a form of terrorism,” stated Victor Valley News Group member Reggie Cervantes.

It is unknown if the incidents are related. Both shootings remain under investigation.