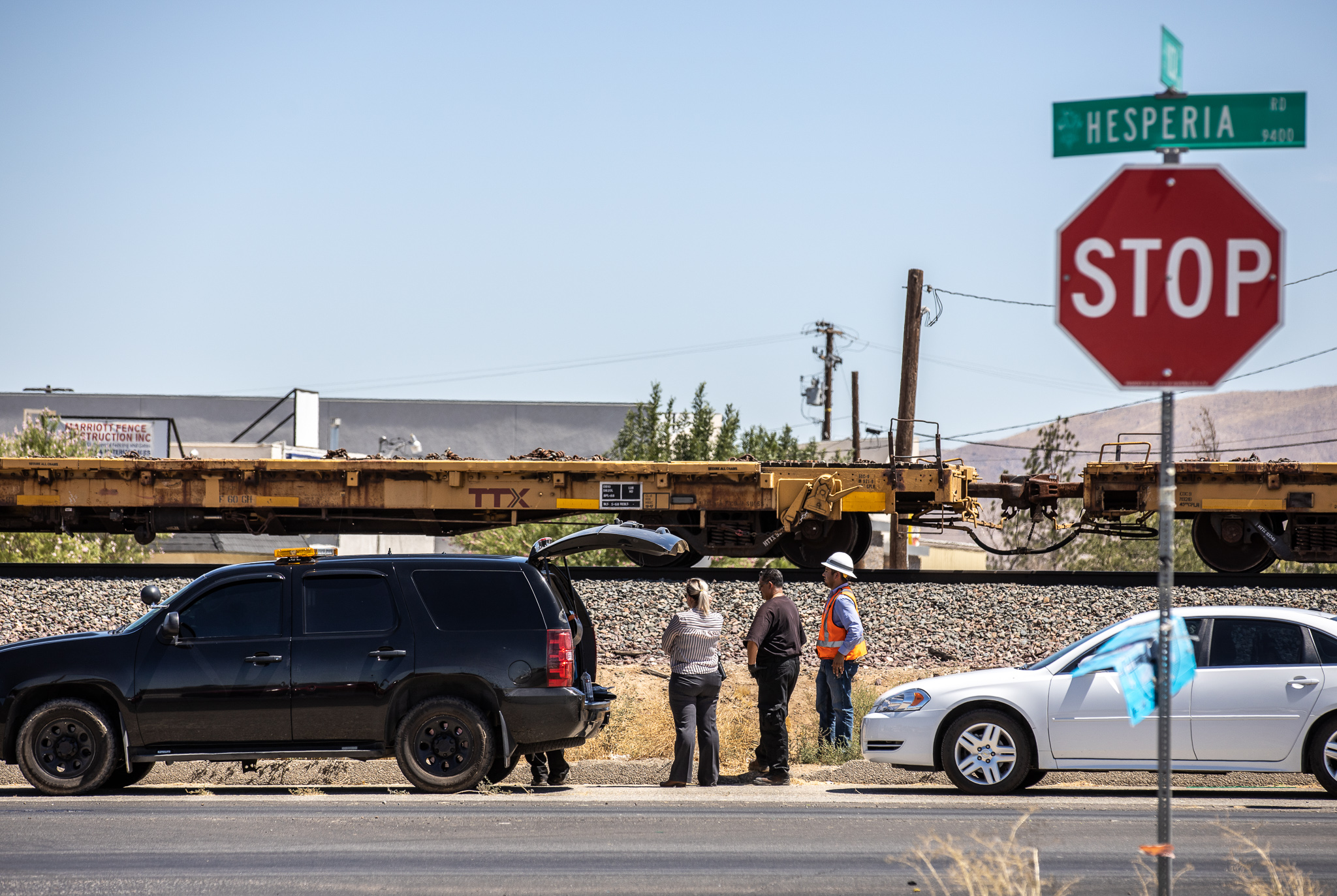 HESPERIA, Calif.(VVNG.com) — For the second time Saturday, a person was struck and killed by a train in Hesperia just hours after the first death was reported.

At about 11:41 am on August 31, 2019, a female walking on the tracks near Hesperia Road and Yucca Street was struck by a northbound train, officials confirmed.

Firefighters arrived on scene and pronounced the female deceased at the scene. The coroners truck arrived at about 2:00 pm and the body was transported to the morgue.

Just several hours before, at 5:45 am a pedestrian was struck in killed by a train along Summit Valley Road near Trout Street, per a previous VVNG article.

The identity of both of the deceased victim’s will be released by the San Bernardino County Sheriff’s Coroner Office.